THE WASHINGTON POST – Nghi Vo’s adaptation of The Great Gatsby is completely ridiculous, and I love it with the passion of a thousand burning hearts.

Not only does Vo capture the timbre of Fitzgerald’s lush prose, but she follows the trajectory of the novel’s contrails into another realm. This is a version of The Great Gatsby in which partygoers drink demon blood, sorcery twists the beams of reality, and Jay Gatsby is a vampire.

Vo hasn’t wholly reimagined the Roaring Twenties; she’s simply added black arts to the decade’s illicit inebriation. But all that lurid wizardry isn’t the most radical element of The Chosen and the Beautiful. Vo has rotated the perspective away from Nick Carraway.

We witness essentially the same events – often even the same details and dialogue – but no longer as described by the young, impressionable vet who happens to rent a “small eye-sore” next to Gatsby’s mansion.

No, in this otherworldly version, the narrator is Daisy’s savvy friend Jordan Baker. She’s still a professional golfer, just as Fitzgerald originally created her; but now she’s also a Vietnamese orphan plucked up as a child by a missionary in Tonkin and raised by a wealthy American family. Although money and a condescending appreciation for her “exotic” beauty allow Jordan to pass in Daisy’s refined circle, her race and personality ensure that Jordan will always exist within and without, simultaneously enchanted and repelled by the people who “saved” her. 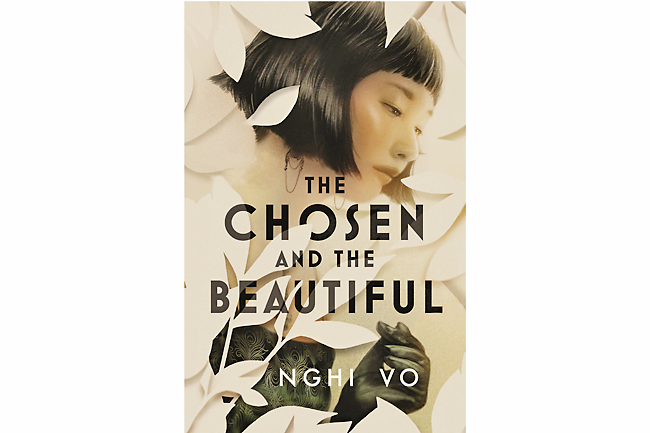 I can sense your scepticism about this book – I initially felt that way, too. It sounds like some monstrous act of literary desecration like Pride and Prejudice and Zombies doing the Charleston.

But The Chosen and the Beautiful is much closer to Joyce Carol Oates’ 2013 novel, The Accursed, her fiend-infused history of Princeton University.

Vo’s audacious amendments shift the register of The Great Gatsby, creating a story that galvanises Fitzgerald’s classic and leaves a new one vibrating alongside. It may sound counterintuitive, but Vo’s introduction of witchcraft, necromancy and enchantment miraculously produces a more relevant novel than that poetic tale of a gaudy stalker that’s been passed off for decades as the ultimate interrogation of the American Dream. By inflating the story’s most fantastical implications, The Chosen and the Beautiful offers a timely consideration of class exploitation and racial privilege.

Sometimes, Vo merely reifies the magic implicit in the original, as in her opening scene when Daisy and Jordan imbibe a charm and begin floating around Daisy’s East Egg home. Suddenly, what was originally just an ethereal touch of poetic license becomes an extended flight of surrealism.

“We were airborne, moving with languid grace along the high ceilings,” Jordan said. “A single flick of our hands or feet sent us skimming through the air, at first adrift and then with surges of speed as we pushed away from the mantels.”

This is typical of Vo’s technique: She hovers in Fitzgerald’s metaphors. She concretises his pixie dust. In her version, Gatsby’s magical mansion is actually magical, raised out of the ground on a single night, the product of his demonic will. With a touch of Steven Millhauser, Vo describes an ever-expanding palace that contains “a hall made of glass where lush green plants wove together to scent the world with lemon, and bay and honey, and a hall roofed in what Gatsby told us was the longest night of the year in some town in Norway”.

Even the smallest enchanted details are tinged with infernal infection. Jordan is initially charmed by the fireflies on the lawn. “But when I looked closer,” she said, “I could see that they were another species entirely. Instead of a sweet soft lime green, they glowed a deep red, and when I caught one in my hands, I saw a brassy metallic sheen to the wings and pincers that clicked at me threateningly.” When guests dive into Gatsby’s marble pool, they take on the “long sinuous shapes of enormous swimming carp, gliding through the water as if they were flying through air.”

There’s no denying the gothic comedy of describing Gatsby as a Long Island Count Dracula, but what better way to explore his vampiric hold over Nick and Daisy? It’s not as though Vo has Gatsby flying around in a black cape; he remains the world’s most charming host, and usually there’s “absolutely no hint of Hell in him at all”.

But in one typically lurid and suggestive scene, Jordan folds down Nick’s collar and finds “a dark bite mark from a wide mouth”. No wonder the old sport’s so devoted! And more important, Jordan understands the predatory nature of Gatsby’s desire. In a repudiation of Fitzgerald’s romantic gloss, she sees “there was a monstrous want there, remorseless and relentless, and it made my stomach turn that it thought itself love”.

But the real energy of The Chosen and the Beautiful is not derivative. It’s generated by Vo’s portrayal of Jordan as a Vietnamese American in a country growing increasingly racist. Daisy’s friendship can protect her only so much. Jordan may be able to temporarily deflect Gatsby with her own supernatural powers, but there are far greater perils from people like Tom, nativist racist who feel threatened by her identity. Indeed, one of the story’s most fascinating strains is Jordan’s halting realisation that what marks her as different could possibly be the source of her greatest strength.

This novel’s wry wit are surely not for every mortal, but from the old bones of an American classic, Vo has conjured up something magically alive.