Grab your snacks and get cosy on to the couch as Netflix has included several original films and specials as well as various new titles this month. Here are some Netflix Original titles to look out for on the platform to fill the remainder of your January.

Giancarlo Esposito, Paz Vega, Rufus Sewell, and Tati Gabrielle star in this new series depicting an immense and sophisticated USD7 billion robbery attempted by a skilled thief and his crew, which spans several decades, and follows the great bank heist through to its successful end.

Each episode takes place either in the run-up to the heist, before it happens, or after it does. The limited series is available on Netflix in a brand-new format that lets you view the episodes in whatever order you desire.

A detective who has seen it all is brought in to look into the killing of a West Point cadet.

He asks one of their own, a young man who would become known as Edgar Allan Poe, to help solve the case after being frustrated by the cadets’ code of silence.

Starring in the film is Christian Bale for his first major Netflix Original movie that adapts the Louis Byard novel. 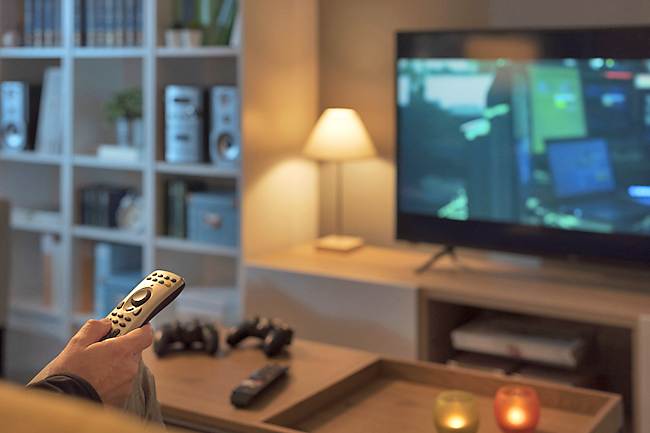 January 19 will be giving fans of the old hit television series That ‘70s Show a chance to relish in its spinoff – a 10-episode first season of That ‘90s Show – which shows the return of several of the original film’s main actors.

One star from the flagship series, Dorothy Wang, will be part of the East Coast mix including It-girl Tina Leung.

Make sure to not put a pillow over your eyes as Ruby Stokes stars as Lucy Carlyle in the supernatural and detective fiction television series alongside Cameron Chapman and Ali Hadji-Heshmati to play London’s most talented teenage ghost-hunters who journey on a nightly basis to fight off dangerous deadly spirits.

This renegade trio without financial motivations, or adult supervision, made up of two teenage boys and a girl with psychic abilities, is destined to solve a secret that will alter the path of history.

Back for its second season, Ginny & Georgia has garnered a 78 per cent average audience score and 71 per cent Tomatometer score on review website Rotten Tomatoes.

The show depicts a teenage girl, Ginny, and her family who – after years on the run – wish to establish a life in a lovely New England town.

Also returning for a second season is Vikings: Valhalla that sees the return of its heroes just after the devastating fall of Kattegat, which has destroyed their hopes and changed their futures. They are forced to put their goals and bravery to the test in worlds outside the Kattegat fjords after finding themselves unexpectedly on the run in Scandinavia.

THE LYING LIFE OF ADULTS

An Italian drama series based on the book by Elena Ferrante and directed by Edoardo De Angelis, the show stars Valeria Golino as Young Giovanna who navigates her explores in the various aspects of Naples in the 1990s as she makes her way from childhood to adolescence.

The young woman seeks for her authentic self in the divided Naples in that era.

WOMAN OF THE DEAD

The crime, drama, mystery and thriller series from Austria sees a woman exposing her small community’s deepest and ugliest secrets in a vengeful quest to find out who killed her husband.

Blum is the devoted mother of two small children and the proprietor of a funeral home in a well-known ski resort. She is devastated to her very core by the unintentional death of her husband.

Blum soon understands that her husband was killed because he was actively searching for awful truths at the time of his death. In the course of her search for vengeance, she transforms from predator to victim.

Anything-Korean fans can relish in watching 100 people who are in top physical shape compete in a series of gruelling challenges in Netflix’s first reality survival series to claim the honour of having the ‘best body’ and cash reward.

Korean contestants compete against one another in this show to demonstrate their physical prowess and dexterity in demanding exercises that tax their physical limits.

As a lecturer going to Adana, Şahsu is prepared to confront her grandfather who abandoned her mother years ago. She encounters a strange and enigmatic village named Mar – a Shahmaran descendant – while on this voyage.

The Mar race anticipates the fulfilment of the historical prophecy with the coming of Şahsu, believing in the legend of Shahmaran, one of the greatest emblems of love and knowledge.

When Şahsu and Maran cross paths, nothing will ever be the same again.