A look at eight new book releases this month including a pair of siblings who try sell their haunted childhood home, a professor who travels to a small village while working on an encyclopedia of faerie lore, and a deadly accident seemingly caused by a servant found in a Mercedes car.

HOW TO SELL A HAUNTED HOUSE
BY GRADY HENDRIX

After their parents pass away in a car accident, Louise and Mark have to put their differences aside to clean their childhood home and put it on the market for much needed cash as soon as possible.

The siblings find their old home in an odd condition – newspapers are taped over the windows and the door to the attic door is nailed shut, raising the question as to why their parents left their home in such a state.

In addition to the strange happenings, their late mother had a penchant for collecting puppets, evident in the amount of dolls in the house. One puppet in particular seems to have a life of its own and refuses to let the siblings sell the house. 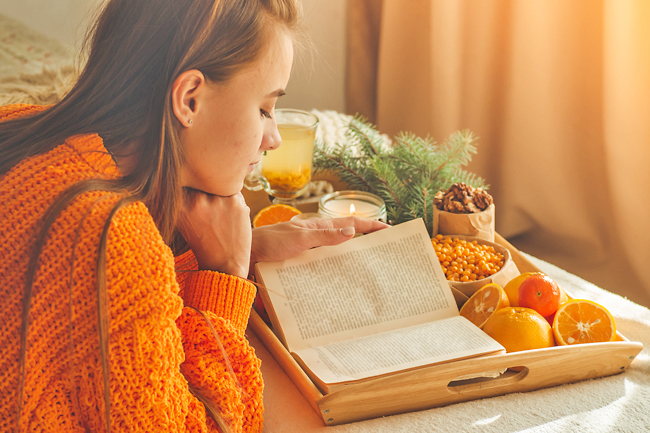 THE MINUSCULE MANSION OF MYRA MALONE
BY AUDREY BURGES

Since she was a child, Myra Malone has been taking care of an antique miniature house, mending broken furniture and decorating its rooms during the holidays. Now 34 years old, Myra lives a quiet life in the Arizona mountains and blogs about the dollhouse mansion, amassing a large number of following who take interest in the Minuscule Mansion.

Meanwhile across the country, Alex Rakes who works for his family’s custom furniture business encounters a couple trying to recreate one of the Mansion rooms. When they show him pictures of the Minuscule Mansion, Alex recognises a bedroom that looks exactly like his. Alex reaches out to Myra and the pair slowly begins to unravel the story behind the Mansion.

THE NIGHTMARE MAN
BY JH MARKERT

Writer Ben Bookman returns to his family’s estate to work on his latest horror novel. After he finishes his book, a gruesome murder takes place mirroring the scene in his novel, followed by the murder of another family. Detective Mills and his rookie detective daughter Samantha work together to find the link between the book and the murderer, with Ben as the prime suspect. Ben tries to remember what happened on the night he finished the novel, but the only thing he remembers is that he was in the atrium of his grandfather’s house, full of books without words.

As part of her research, Emily travels to a small village where she intends to not get involved with the townsfolk. She meets fellow scholar Wendell Bambleby who effortlessly gets along with the people in the village, a stark contrast from her awkward self. While Emily is suspicious of Wendell and finds him annoying, Wendell becomes her only friend as he assists with Emily’s research.

DO I KNOW YOU?
BY EMILY WIBBERLEY, AUSTIN SIEGEMUND-BROKA

To celebrate their fifth wedding anniversary, Eliza and Graham head to a resort despite their marriage having lost its spark. When they check in, the pair finds out that two rooms have been booked instead of one and they decide to keep both, separated from each other.

When Eliza goes to meet Graham for dinner, a man mistakes both of them as strangers and the pair plays along, reigniting the excitement of getting to know each other all over again.

AGE OF VICE
BY DEEPTI KAPOOR

Five people die in a car accident due to a speeding Mercedes, with a young man named Ajay responsible for the crash. The police find Ajay in a drunk state and dressed in a designer suit as if he’s a man of wealth, but he is not the car’s owner. He’s a servant. The story explores Ajay’s youth as a boy born into poverty and how he ended up working for one of India’s most powerful families, which in turn led to the unfortunate crash with him behind the wheel.

A THOUSAND MILES TO GRACELAND
BY KRISTEN MEI CHASE

To celebrate her 70th birthday, Loraynn wants nothing more than to go on a road trip all the way from Texas to Graceland in Tennessee as a devoted Elvis fan, together with her daughter Grace. In need of an escape after her failed marriage, Grace agrees to keep her mother company despite their strained relationship and set off in a rented purple convertible, learning more about her mother along the way.

A baby is found at a festival all alone in a stroller, with her mother nowhere to be found. A year later, federal investigator Aaron Falk comes to the small town as the godfather of his friend’s son and becomes caught up in the missing woman’s case and an unsolved murder from several years ago.