ANN/THE STAR – Three local Opposition parties in Sarawak have come together to form a new political coalition for the coming general election.

“We expect other parties to join us and we want to contest all 31 parliamentary seats in Sarawak.

“For Aspirasi, we will announce our number of seats and candidates in due course,” she told a press conference during the MoU signing ceremony.

Sedar president Othman Abdillah said with the new coalition, the local Opposition parties would not end up contesting against each other.

He also said Sedar would field candidates in the eight Malay/Melanau-majority seats in GE15.

The MoU was facilitated by civil society organisation Sarawak Interest Group, which acted as a bridge to bring the parties together.

Its spokesman John Brian Anthony said Parti Bumi Kenyalang (PBK) and Parti Sarawak Bersatu (PSB) had also been invited to join the new coalition but needed more time to think it over. 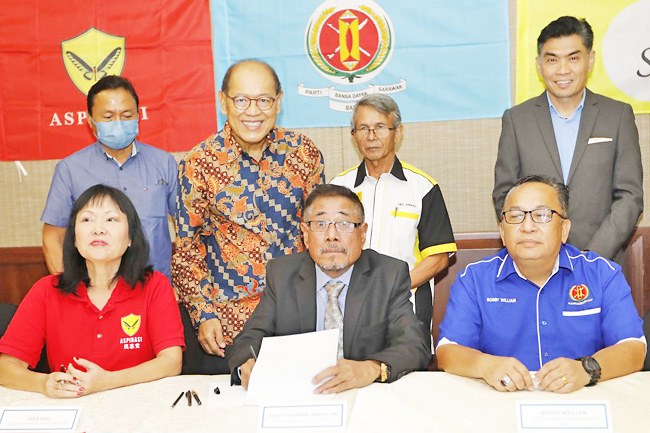