A newly-opened restaurant in Kiarong was issued a BND500 compound fine for multiple violations under Section 12(1)(c), Chapter 30 of the Minor Offences Act following a spot check by officials from the Law Enforcement Unit of the Bandar Seri Begawan (BSB) Municipal Department yesterday.

Joining the operation were personnel from the Food Safety and Quality Control Division under Ministry of Health (MoH).

During the inspection, used kitchen utensils and food waste were found piled in a heap behind the restaurant.

Four of the restaurant’s employees were fined BND100 each for discarding cigarette butts in a public area, which is a violation under the Section 12(1)(a), Chapter 30 of the Minor Offences Act.

Meanwhile, the MoH’s Food Safety and Quality Control Division found the hygiene standards on the premises to be unsatisfactory, with food stocks and drinks placed on the floor.

The preparation area and kitchen utensils were also found to be in an unsatisfactory condition, while the dry and fresh foods were stored in a disorganised manner inside the freezer.

The offenders were ordered to settle their fines within seven days, at the Finance Division on the third floor of the BSB Municipal Department. Failure to do so would result in a further fine of BND1,000, or a month’s imprisonment, for the first convicted offence.

To lodge complaints on illegal dumping, contact Darussalam line at 123 or via WhatsApp at 8333123, or e-mail to [email protected] 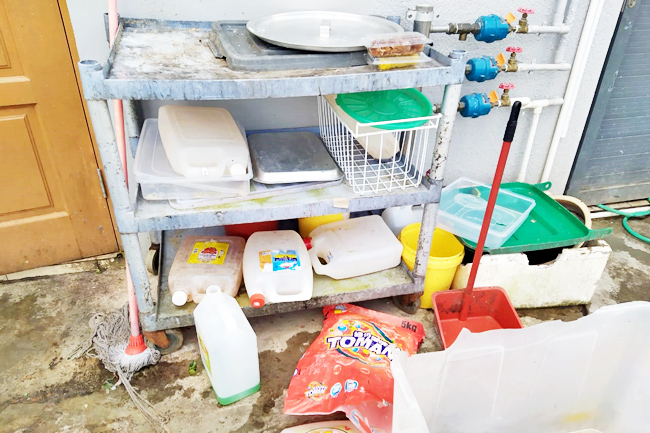