The Asia-Pacific Economic Cooperation (APEC) region is expected to significantly moderate in the near term, with gross domestic product (GDP) growth slowing to 2.5-per-cent in 2022 and 2.6-per-cent in 2023 following a 5.9-per-cent rebound in 2021, according to a new report from the APEC Policy Support Unit (PSU).

The GDP projections are among of the key messages in the report, titled APEC Regional Trends Analysis, August 2022 Update: Future-Proofing APEC Amid Challenges and Uncertainties.

As the APEC PSU explained in the report, “These projections reflect the sharp downgrades in economic growth for all member economies, particularly China and the United States (US), while Russia is expected to contract in the short-term.

“Already reeling from a pandemic that is marked with virus mutations, the world is also dealing with soaring inflation, a protracted war in Ukraine and heightened uncertainty.”

In a press statement issued on August 5, Senior Researcher with the APEC PSU Rhea C Hernando said, “The expected economic moderation in APEC is in line with lower projections for the global economy. Earlier this week we saw the International Monetary Fund (IMF) revise downward its global GDP forecast for 2022 to 3.2-per-cent from 3.6-per-cent.” 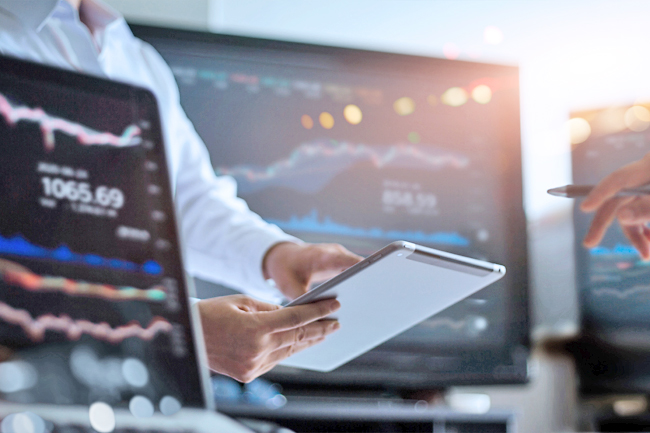 “The sharp downgrades in economic growth for China and the US together with an expected contraction in Russia weighed on the APEC region’s prospects,” she explained.

It also states that trade activity in APEC also weakened, with lower growth in the value and volume of merchandise trade.

Another key message pertains to inflation. As the report explained, “Moving in the same upward trajectory as the rest of the world, average APEC inflation increased to 5.4-per-cent for the period January-June 2022, more than twice the average in January-June 2021 at 2.4-per-cent and higher than the 2021 full year average of 3.0-per-cent.” It added that, in response, the majority of APEC economies tightened their monetary policy settings to rein in inflation.

“Not only is inflation high, but it’s becoming broad-based, which particularly harms poor households and small businesses,” said Hernando. “We expect that global inflation will remain elevated for the rest of this year and then taper in 2023 as aggressive monetary tightening takes effect. Inflation could return to pre-pandemic levels by 2024.”

The statement also shared that there is, however, a risk of inflation maintaining its momentum and remaining high for a longer period.

According to the APEC PSU’s analysis, the prolonged war in Ukraine could cause another round of supply shocks and price increases, on top of an already tight labour market.

The report also highlighted the manifold of difficulties that the world is facing underscored the importance of preparedness.

Specifically, “preparing for the next pandemic or crisis and preparing for a future that is inevitably highly digitalised and greatly exposed to the harmful effects of climate change.

In the immediate term, the APEC PSU said that economies must be prepared to manage any crisis and cushion its adverse impact, particularly on the vulnerable.

The report said that ramping up vaccination uptakes remains vital to guard against a resurgence in infections amid virus mutations. Bringing down inflation needs to be prioritised since it translates to higher costs of living and tends to increase poverty.

Fiscal policy has to be well-targetted to extend support to the most vulnerable while keeping debt within manageable levels by improving revenue generation and reducing government spending.

Meanwhile, in the medium to long term, the report said that APEC economies need to work cohesively and consistently toward a sustainability and inclusivity agenda that future-proofs economies in the region.

“This means strengthening the region’s connectivity; safeguarding the environment and mitigating the harmful effects of climate change; addressing the digital divide with updated rules as well as upgraded digital infrastructure and skills; and ensuring women’s full and equal economic participation and political representation by implementing mutually reinforcing policies that significantly improve women’s access to employment, credit and leadership positions.”

The report also highlighted that “APEC has already taken the initial steps by launching initiatives that fortify the region’s resilience against pandemics, crises and uncertainties, cognisant that individual members have different economic conditions and development priorities”.

It added that the key is to cooperate to translate commitments into actions, and actions into tangible benefits for people in the region.