PARIS (AFP) – A proposal to protect 30 per cent of the planet by 2030 would be “meaningless” without a huge boost to staffing and budgets, researchers said last Thursday, warning of chronic shortages of rangers in the world’s most precious ecosystems.

Governments around the world are locked in negotiations over how to keep animals and plants safe from human destruction, as scientists warn the world is potentially facing its sixth mass extinction event.

Healthy ecosystems are also essential for sustaining human habitats and the fight against global warming. The goal to protect 30 per cent of the planet’s land and oceans is one of the key targets of United Nations (UN) biodiversity talks, due to wrap up in December in Canada, known as “30 by 30”.

But a new study by experts from wildlife organisations including the International Union for Conservation of Nature, Re:wild and WWF found that “major personnel shortfalls” are already undermining conservation.

There are currently more people employed at golf courses and country clubs in the United States (US) than there are park rangers around the world, the authors said. 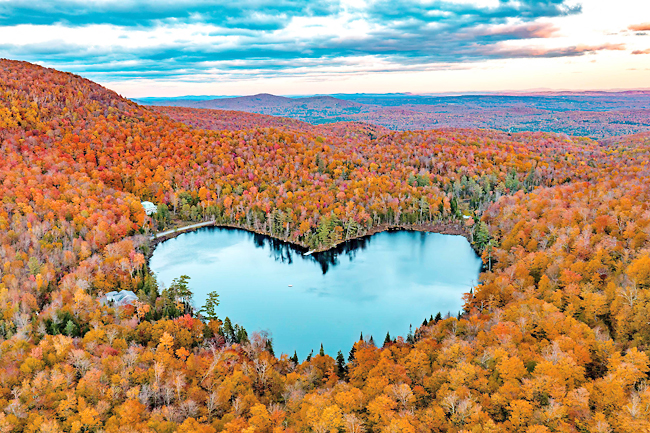 “Our protected areas system is the life support of the planet, providing people with water and clean air, storing carbon, and preventing biodiversity loss,” said Mike Appleton of Re:wild who was lead author of the paper.

“The 30 by 30 target is an important goal, but meaningless if we aren’t also willing to invest in people to effectively and equitably manage these places.”

The study, published in the journal Nature Sustainability, found there would need to be a five-fold increase in personnel in protected areas globally to properly meet the strengthened “30 by 30” target.

It is the first review of personnel in protected areas since 1999, researchers said, and the first to specifically include rangers, who directly manage these areas, and whose varied roles include interacting with local communities and monitoring wildlife.

Using data from 176 countries and territories, the authors estimated that globally there are only 555,000 protected area personnel, including 286,000 rangers.

They are responsible for protecting 17 per cent of the world’s land surface, including wildlife hotspots in nature reserves, state parks and some areas under Indigenous and traditional management.

“There are some incredible people – like rangers – managing our protected and conserved areas who are doing so without the necessary support to do their jobs,” said co-author Monica Alvarez Malvido of the International Ranger Federation.

“These individuals are, in many cases, putting their life at risk so that the rest of us can enjoy fresh air, fresh water, and a healthy planet.”

Globally, some 150 rangers die each year protecting parks and wildlife, according to the Thin Green Line Foundation.

If the target at UN talks is increased to 30 per cent and expanded to include new types of conservation areas, the study estimated that it would require a workforce of at least 2.9 million people, including 1.53 million more rangers.

International efforts to protect the natural world – including air, food and water – centre around hammering out details of a draft text outlining a global framework to “live in harmony with nature” by 2050, with key targets to be met by 2030.

Many hope the landmark deal, when finalised, will be as ambitious in its goals to protect life on Earth as the Paris Agreement was for climate change – even if the US is not a party to UN efforts to conserve nature.

But the world failed almost entirely to reach similar objectives set in 2010 under the UN’s Convention on Biological Diversity.