THE WASHINGTON POST – Set in the late 1950s and early 1960s, Sylvie’s Love is the sort of classic Sirkian melodrama that Douglas Sirk – let alone Hollywood – never made, because its characters were all too often invisible.

Centreing on the swoony, on-again, off-again romance between Robert (Nnamdi Asomugha), an up-and-coming sax player, and Sylvie (Tessa Thompson), the young woman he meets when he takes a job in her father’s Harlem record store, the film leverages a colour – saturated production design, evocative pop and jazz tunes and a vivid script – one character jokes that his shoes are so worn out that when he steps on a sandwich he can feel the mayonnaise – to tell a story that is lush, transporting and real-feeling, despite conforming to the laws of romantic movies. (There will be indiscretions, secrets, not to mention unrequited longing.)

But it’s not the formula to which writer-director Eugene Ashe hews that makes the movie work.

Rather, it’s that he uses convention to interrogate the genre of the period romance itself, simultaneously indulging in its most pleasurable contours while interrogating the casual sexism and implicit racism of the form.

Thompson is at the top of her game, emotionally present, while Asomugha, who also produced, comes across as more reserved: a man whose feelings are expressed in his music, not his words.

It’s Sylvie who is given the film’s best lines, as when she explained to Robert why she doesn’t want to give up a great job to follow him to Motown: “I can’t be the woman of your dreams while also trying to be the woman of my own.” 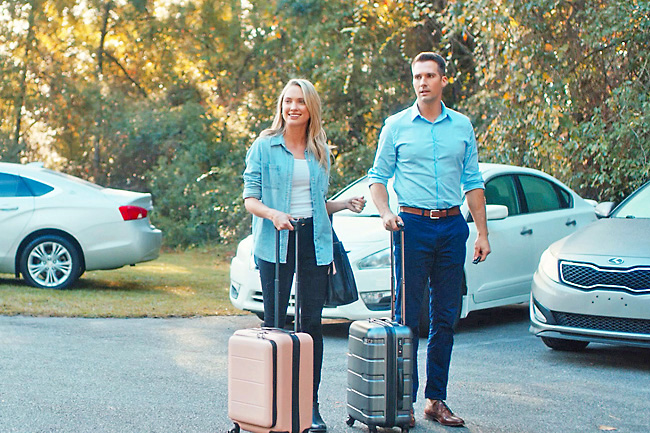 Ai Wei Wei is the subject of the documentary Ai Wei Wei: Yours Truly, which looks at the Chinese artiste and activist as he creates ‘@Large’, a site-specific art exhibition that debuted on Alcatraz Island in 2014. He is also the director of CoroNation, which documents the coronavirus pandemic in Wuhan, China.

Actress Audrey Hepburn is the subject of Audrey, a documentary that the Hollywood Reporter said is no catty tell-all, but rather a “fundamentally well-curated packaging of archive and original material, punctuated with insightful interviews with friends, family members and appreciative collaborators and admirers”.

Latvia’s official Oscar submission, Blizzard of Souls is a World War I-set drama, as seen through the eyes of a farm-boy-turned-soldier. Slant magazine called the film “stylistically old-fashioned but emotionally powerful.”

Set in the summer of 1990 Boys vs Girls is a Canadian comedy about a 70-year-old summer camp undergoing growing pains in an attempt to go coed. Colin Mochrie (Whose Line Is It Anyway?) plays the harried camp director, and Kevin McDonald is the mischievous caretaker.

After the death of her Algerian immigrant grandfather, a French woman named Neige – played by actress, co-writer and director Maïwenn, who based the screenplay on her own life – becomes obsessed with reclaiming her ethnicity in the drama DNA. Despite the film’s struggle to engage its audience, the New York Times wrote that “there’s a dreamy contentment to the movie’s final moments as (Neige) wanders, bathed in golden light and Stephen Warbeck’s lovely score, a woman who has found something she hadn’t known was lost”.

In 1983, vocalist Sam Harris took the grand prize on the reality show Star Search. Documenting Harris’s autobiographical 2015 off-Broadway show, the film tells what happened to Harris after that television competition. If you’re not a fan of musicals, Film Threat said: skip it. But if you if you love everything Broadway, “You’ll have a great time with Harris and his fun, light and poignant story.”

The documentary The Reason I Jump examined the experiences of nonspeaking autistic people from around the world. Based on the 2016 book by the same title, the film is, according to Variety, “as emotionally piercing as it is beautiful to behold”.

Narrated by Nick Offerman (Parks and Recreation), the documentary Sacred Cow: The Nutritional, Environmental and Ethical Case for Better Meat explores whether there’s a happy medium in the often contentious discourse about meat-eating (or, more specifically, beef-eating). According to Film Threat, the film “finds the middle ground of the great meat debate by showing the mistakes and misinformation from the corporate agriculture complex and the rhetoric from militant vegan camps”.

Chloë Grace Moretz plays Captain Maude Garrett in Shadow in the Cloud, a World War II-set thriller about the crew of a B-17 bomber with a top-secret package. The New York Times called it “the kind of girl-power action adventure in which women can’t just do anything, they do everything – including fighting sexist boors, enemy fire and a gremlin all at once from the underside of a bomber”.

In the romantic dramedy Stars Fell on Alabama, a Hollywood agent (James Maslow) convinces his starlet client (Ciara Hanna) to pretend to be his girlfriend for the duration of his high school reunion.