Kampong Junjongan residents will have a new mosque by May 2023.

The event began with the recitation of Surah Al-Fatihah followed by an Azan and recitation of Zikir to lay the foundation, led by Omar ‘Ali Saifuddien Mosque Supervisor Zulkifli bin Haji Murat.

This was followed by the recitation of Doa Selamat by Zulkifli.

The event concluded with a video presentation on stages of the mosque’s construction.

The new mosque can accommodate 1,624 congregants and features facilities such as lecture rooms, library, funeral management room as well as toilets and parking for people with special needs.

It is being built on a three-acre land with a budget of BND4.9 million from the Brunei Darussalam National Mosque Construction Fund. 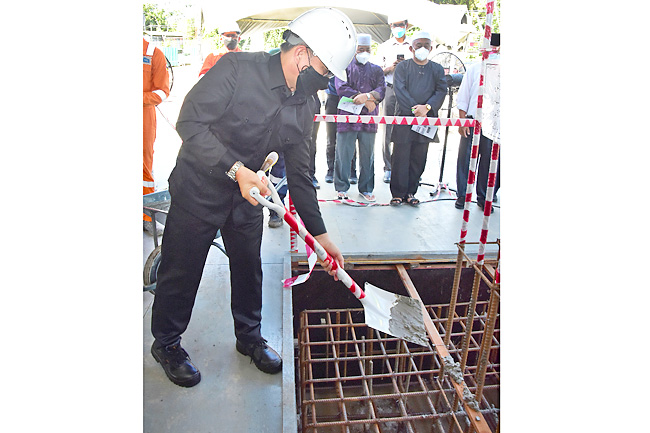