ANN / THE NATION – The World Health Organization (WHO) announced that COVID-19 subvariants BA.4 and BA.5 are variants of concern and expects these to spread around the world.

Both new variants carry the L452R mutation, the same as Delta, so they can spread easily to the lungs.

“Therefore, these subvariants could cause pneumonia and are unlike BA.1 and BA.2, which spread more easily in the upper respiratory tract,” WHO said.

BA.4 and BA.5 can also evade immunity and resist antibodies, so people can be infected again even if they have got vaccines, the international health body said.

“Omicron is highly transmissible, five times higher than other variants,” WHO reiterated.

People who have been infected will experience symptoms such as fatigue and tiredness, dry cough, fever, runny nose, headache, dizziness, nausea, muscle ache, and liquid stools. 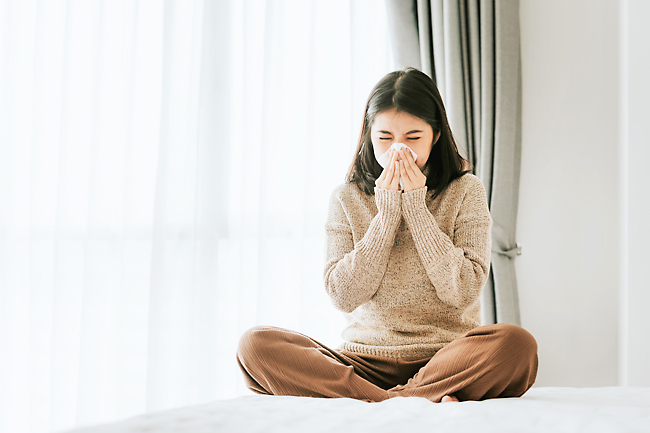 Meanwhile, Ramathibodi Hospital Vice-Director Assistant Professor Dr Kumthorn Malathum said the incubation period of Omicron is around seven days on average, faster than other variants by 12 hours to a full day. “Infected people could spread the disease two days before any symptoms,” he said, adding that the most dangerous period to spread it is the first day after symptoms appear.

“After experiencing symptoms for five days, the spread will be reduced and will further reduce significantly after 10 days.”

When mingling with anyone who has been infected, Kumthorn advised considering how close was the contact with the infected person.

If that person has symptoms two days after close contact, there is a chance it could have spread. There would be a moderate risk of the disease spreading if the infected person had symptoms a week after associating with a close contact.

However, if it is more than two weeks, the close contact will be relatively safe, Kumthorn said.

The risky period is two days before getting any symptoms and 10 days after, he said, but added that wearing a mask and chatting without being in close quarters carries no risk.

Kumthorn recommended getting antigen rapid test two times, on the third and fifth day after contact with an infected person.