Former Shakhtar Donetsk coach De Zerbi was hired by Brighton on Sunday as the successor to Graham Potter following his move to Chelsea.

The 43-year-old Italian has earned admiration for his sides’ attacking brand of football, while his overachieving Sassuolo teams in Serie A attracted widespread praise.

His principles caught the eye of Guardiola, who reached out to his kindred spirit to congratulate him on joining Brighton.

“I spoke to Pep on Sunday evening, yes. He’s very happy that I’m on board here,” De Zerbi said. 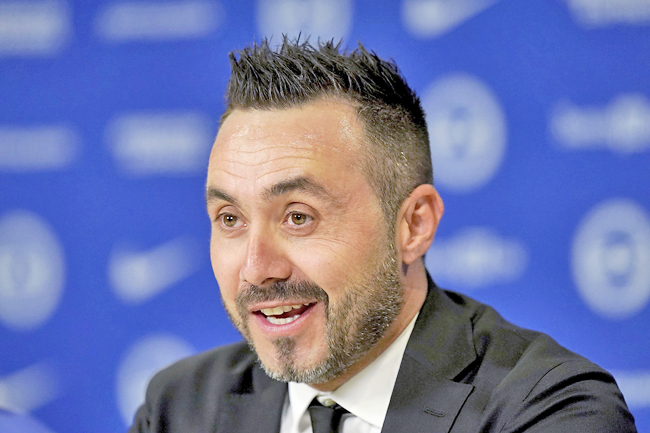 “He told me very good things about the club. And he told me that if I need he will be very happy to help me. But of course not in the match we are playing against them!”

De Zerbi claimed he picked Brighton over a host of other managerial opportunities after leaving Ukrainian club Shakhtar in July following the Russian invasion.

“The choice of coaching in Ukraine was mine, I had chances to stay in Serie A but I chose to go to Shakhtar,” De Zerbi said.

“Of course I was not expecting everything to finish when it did because of the start of conflict. It was bad also to leave something that was going very well.

“Other teams were interested in me but I’m delighted to be here.”

Brighton owner Tony Bloom said De Zerbi was the top choice to replace Potter as his philosophy aligns with the club’s.

“Roberto is a really good fit for the club, for the players we have, and the style,” Bloom said.

“There’s a lot of similarities between Graham Potter and Roberto, and that was a really important thing for us.”

De Zerbi added: “Brighton strongly wanted me as a coach, and their style of play is very similar to my idea of football.”

Brighton have enjoyed a superb start to the season and sit fourth in the Premier League after winning four of their first six matches before Potter’s departure.

De Zerbi is confident Brighton can become established as a top-10 team after ending last season in ninth place – their highest ever top-flight finish.

“I think the right vision is to try to improve always. And of course last season they ended in ninth so our vision is to stay in the first 10 teams of the league,” he said.