THE KATHMANDU POST (NEPAL) – Tribhuvan University has introduced Labour Studies at the Master’s level, the first such course in the country.

The programme has been introduced as a discipline under the University’s Faculty of Social Science and Humanities. The Office of the Dean, on Saturday, opened admissions for the first batch of the programme.

According to Programme Coordinator for the newly introduced Master’s level labour studies Keshav Prasad Adhikari, the new programme was rolled out after a year of rigorous work over curriculum design.

“We have conducted a need assessment whether the labour studies should come as a discipline by itself and can be taught as a university course,” Adhikari told the Kathmandu Post. “The programme was finalised after rounds of discussion with various stakeholders.”

The conceptualisation of the programme started in November 2018. Since then, Tribhuvan University has consulted with various trade unions, employers associations and other experts in the field, as part of course preparation. According to Adhikari, the stakeholders also acknowledged the need for labour studies as a formal academic programme at the institution.

A team of 15 academicians from the University had also visited the Chinese University of Labour Relations to discuss the development of the curriculum and to incorporate issues pertinent to labour.

The course was finally approved after an interaction with academics from the Chinese University of Labour Relations, Global Labour Universities, an international network of trade unions, the Friedrich-Ebert-Stiftung, the ILO (International Labour Organization) and universities like the University of the Witwatersrand, South Africa; University of Kassel, Germany; and Jawaharlal Nehru University, India.

“Experts from these universities appreciated and endorsed the core papers and suggested that we implement the programme,” said Adhikari. “The course can be revised in a time-bound manner in the future, if required.”

“Besides producing human resources for the labour sector, the objective of this programme is also to create respect for the work,” said Adhikari. “The notion of decent work should be generalised and there should be respect for all kinds of working communities.”

Labour experts have also welcomed the arrival of labour studies as a formal discipline in the University.

“Formal training in labour studies was much needed as the labour sector in itself is an important issue of the country,” said Swarna Kumar Jha, a labour and migration researcher. “The state-run institution coming forward with a Master’s programme and recognising the sector shows how crucial labour issues are.”

According to Jha, formal training in the sector will not only help in producing more labour-related experts, but can also help the bureaucracy in the long-run.

“The Public Service Commission can mention labour studies as one of the criteria while opening vacancies for labour related government agencies,” said Jha. “Having trained in labour studies will improve their capacity in dealing with labour-related issues in better ways.” 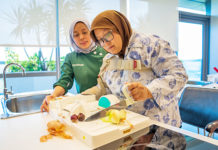 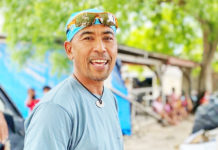 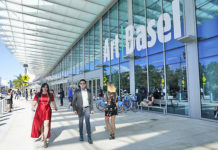