I fully agree with Angry Joe’s letter on ‘Lawas viral message reflects public’s dark side’, published in the Opinion page on February 27. Even though the person in the viral message is a close friend, I’m trying not to be biased when I say there should be empathy towards all people struggling with mental disorder.

It is sad to see a person being put through this circus due to her bipolar disorder. While she is physically healthy and fit, her mental state is quite a different story. She is good at spreading positivity around her but often, she fails to perk herself up.

We of sound mental health can bounce back from a disappointment by adopting a positive attitude. However, for someone with mental disorder, it is often more challenging. Often, people judge someone’s mistake straightaway without entertaining the possibility that the person may be going through a rough patch.

In the case of my friend, not only will she face the music of the justice system, she has been prosecuted publicly for her mistake. People have been quick to share her identity around without stopping to consider the reason behind her action.

Imagine how her family is feeling? Not only do they have to support her through the impending court hearing, they have to ward off all the nosey individuals who want to dig up more information about her to be shared with the country. 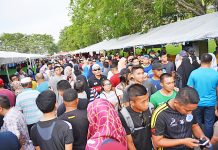 Lack of social distancing at markets a worrying sight 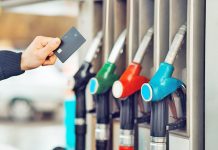 All petrol stations should have digital payment option