AP – Donovan Mitchell (AP, pic below) sent the best game of his career to overtime with an incredible play. A little too incredible, the NBA said.

Mitchell’s desperation basket that forced overtime – off an intentionally missed free throw – and extended what became his 71-point effort for the Cleveland Cavaliers in their 145-134 victory over the Chicago Bulls shouldn’t have counted, the NBA said early yesterday.

The reason: Mitchell stepped “over the plane of the free throw line before the ball touches the basket ring,” the league said in its report that assesses calls made by officials in the last two minutes of the fourth quarter and overtime of games that were within three points or less.

Players who are shooting a free throw cannot go over the foul line until the ball reaches the basket cylinder. It’s a violation, the shot would not have counted, and Chicago should have been given possession with 4.7 seconds remaining and the Bulls leading 130-128.

Bulls coach Billy Donovan knew early on Tuesday that it was a violation, and predicted the league’s Last Two Minute Report would prove him right. The league has used the reports for years as a form of accountability and transparency, but outcomes of games are not changed by the discovery of a missed call after the fact. 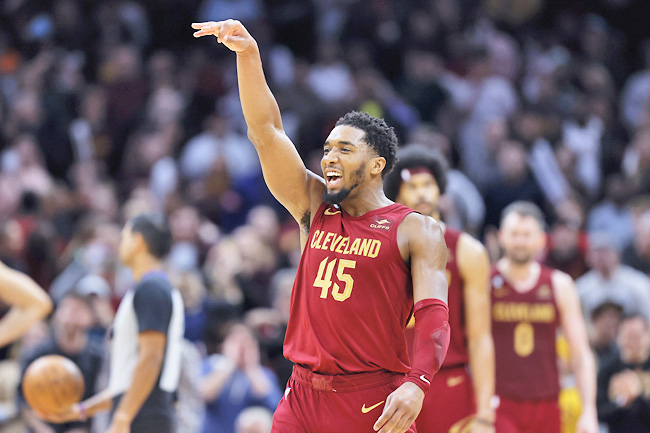 “It doesn’t do anything,” Donovan said. “It’s like, ‘We’re sorry.’… That’s unfortunate, because I thought our guys battled and competed.”

Mitchell intentionally missed the free throw because Cleveland was trailing by two points. He shot the ball off the back of the rim as he intended, grabbed the rebound, and scored with three seconds left to tie the game.

That basket gave him 58 points, breaking Cleveland’s single-game record of 57 that was held by former Cavaliers stars LeBron James and Kyrie Irving, and wound up forcing the overtime.