AP – The NBA released a condensed 49-game preseason schedule on Friday, with teams playing between two and four games starting on December 11.

The league plans to reveal the first half of the 72-game regular season schedule — that meaning games to be played between December 22 and March 4 — in the coming days. Games for the season’s second half, scheduled as between March 11 and May 16, will be revealed around the midpoint of the season.

The defending NBA champion Los Angeles Lakers will play on the first night of the preseason, technically a home game against the Los Angeles Clippers. The Lakers play the Clippers twice in the preseason, then two games at Phoenix and new Suns guard Chris Paul as well.

The Eastern Conference champion Miami Heat are scheduled for only two preseason games — at home December 14 against New Orleans and new Pelicans coach (and former Heat coach) Stan Van Gundy, then on December 18 in Toronto’s first game at its temporary home in Tampa, Florida. The Raptors are going to open this season in Tampa because the United States-Canada border remains closed to nonessential travel during the coronavirus pandemic.

That December 18 game is Toronto’s lone home game on the preseason schedule.

Brooklyn, Boston, Philadelphia, the Pelicans and the Heat opted for two-game preseasons. 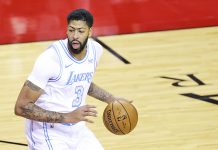 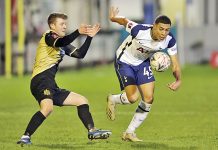