AFP – If you thought you already knew all there is to know about castor oil, then it might be time to think again.

This oil, whose use in cosmetics dates back to the 19th Century, is beneficial for hair, beards and nails, but also for skin – and through all stages of life.

So it’s perhaps not surprising that this oil is finding quite a following on social networks, scoring no less than 162 million views.

IDEAL FOR HAIR AND NAILS

Castor oil is known to be a friend to dull, brittle and dry hair, as well as to soft nails.

However, the full range of its benefits for these two parts of the body are perhaps lesser-known.

Natural castor vegetable oil is appreciated for its countless virtues, starting with its fortifying and nourishing powers. 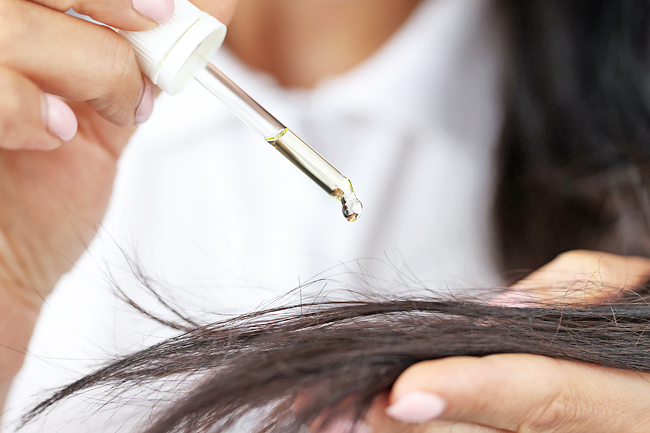 In shampoos or hair masks, this ingredient will come to the aid of split ends, as well as hair suffering the effects of bleaching. It can be especially helpful for people facing occasional hair loss.

Fortification and stimulation are the two main actions of castor oil – and not just for hair. The vegetable oil also works its magic on nails, beards and even eyelashes.

A few drops of castor oil in your mascara will give you long, doe-like lashes.

To put it simply, it’s ideal if you want to nourish your hair, and make it fuller and healthier.

FIGHTING ACNE AND SIGNS OF AGEING

Although less known, castor oil also has many benefits for the skin, whether used alone or in combination with other ingredients.

Sensitive skin, for example, may appreciate its soothing properties, whether in the form of a make-up remover or a cleansing soap, but it is even more beneficial for problem-prone and mature skin.

No scientific study has yet proven that castor oil can banish acne, but it can nevertheless reduce the undesirable effects of this skin condition.

Rich in ricinoleic acid, it serves to rid your skin of the bacteria that cause pimples, blackheads and other blemishes. There are many DIY recipes based on this wonder oil to help get rid of acne.