BLOOMBERG – Since the 2000s, an elephant poaching epidemic has raged across Africa, with populations in some areas decimated and multiple species increasingly at risk of being wiped out by humanity’s lust for ivory.

Currently going for about USD3,300 per pound, the global trade in ivory is worth about USD23 billion annually, a reality made plain by the gruesome photos of butchered elephants that have become almost commonplace.

In recent years, massive seizures of ivory seemed to signal a headlong rush toward extermination.

In response, the European Union (EU) this year proposed a near total ban on the trade of ivory anywhere in the bloc.

In combination with existing restrictions in China and the United States (US), the proposed rules might help build momentum toward a global clampdown, shifting scrutiny to Southeast Asia, where much of the remaining trade has moved.

A theory has developed among wildlife experts, one holding that big seizures are signs not of catastrophe, but that tightening global controls are working.

The United Nations (UN) Office of Drugs and Crime noted in its annual wildlife crime report that recent seizures could mean investors are liquidating their stockpiles in the belief that, thanks to trade bans, prices are on the way down for good.

However, conservationists worry that the recent surge in elephant killings isn’t a last gasp by poachers, but rather the final chapter for an iconic mammal that will soon cease to exist. 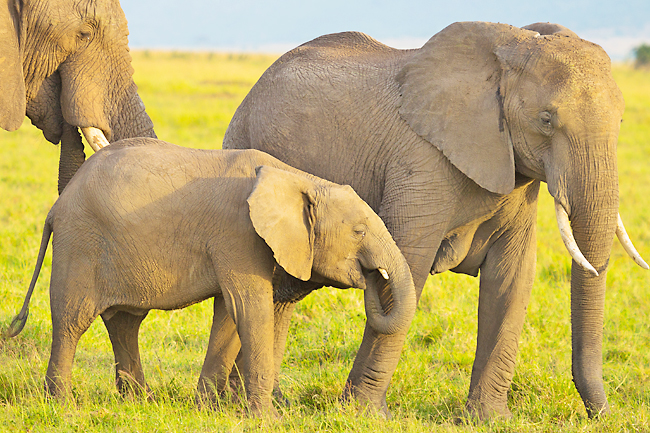 For millennia, skilled craftspeople across Africa, Europe and Asia carved elephant tusks into intricate artwork. Indeed, humankind’s fascination with the luminous, porous material has long been the bane of elephant existence.

Even the limited human populations of ancient Greece and Egypt generated enough demand to wipe out elephant populations in North Africa and the Middle East.

Africa’s European colonists went a step further, turbocharging the march toward extinction by massacring elephants for religious icons, billiard balls, furniture inlays, musical instruments and sword hilts. In modern times, smuggling efforts have benefited from official corruption and underfunded enforcement in nations such as Kenya, Nigeria and Tanzania, according to former chief of enforcement for the Convention on International Trade in Endangered Species of Wild Fauna and Flora (CITES) John Sellar who is now affiliated with Transparency International.

The modern method of elephant killing is shockingly inhumane: Poachers use cyanide and poison-tipped arrows or spears, incapacitating elephants and causing a slow, excruciating death. Tusks are often cut from the mammal’s skull while it’s still alive. Firearms are sometimes used, but gunfire draws the attention of park rangers, whom poachers regularly kill as well. Hundreds of rangers have been murdered since the International Ranger Federation began counting in 2000.

All told, the estimated three million or more elephants that roamed the Earth in the 19th Century are little more than 400,000 today. In some places, the population has been slashed by two-thirds in less than a decade.

Both species of African elephant, forest and savanna, are endangered or critically endangered. One of three Asian species is endangered. And while habitat loss to growing human populations and agriculture is a significant factor, the vast majority of elephant deaths are attributed to poaching.

In 2016, the US government sought to institute a near-total ban on the ivory trade. The following year, China endeavoured to close its markets, too. Advocates saw an opportunity in the fight to protect the world’s largest land mammals-removing the financial incentive for poachers.

While illegal ivory trade would continue, the effort by both countries was seen as progress. “Surveys showed a lot fewer people were willing to buy ivory as a result of the ban in China,” said co-founder of German conservation non-profit Pro Wildlife Daniela Freyer.

But there remains a major loophole, the elimination of which would be a major step toward slowing the eradication of elephants. In many countries, a distinction is still made between older ivory obtained long ago, which can be sold, and newer ivory from recent elephant killings, which cannot. This has been a controversial aspect of European rules, and emblematic of what conservationists contend is the failure of half measures.

The EU has been vociferous in its criticism of lax ivory trade enforcement in Asia while allowing it to continue in its own backyard.

African ivory imported to EU nations before 1990, Asian ivory from before 1975, and all ivory acquired before 1947 can be legally sold within the EU. Meanwhile, ivory dating from before the mid-1970s can be exported from the bloc.

While such rules would appear to restrict trade in more recently harvested ivory, in reality they do not, said Director of Policy for TRAFFIC Sabri Zain. TRAFFIC is a non-profit that works to end unsustainable trade in natural products based in the United Kingdom.

There’s no easy way to determine ivory’s true age. The legal framework, he said, “enables traders to introduce fresh ivory into the EU market”. Traders of carved elephant tusks “are really good at making the ivory look antique”, said Director of the Center for Conservation Biology at the University of Washington Sam Wasser. “They know what they’re selling. The whole thing is just a sham.”

At the Czech Academy of Sciences in Prague, Kateřina Pachnerová Brabcová and her colleagues used carbon-14 dating to determine the age of ivory that a suspected trader, nabbed in a 2016 bust, was passing off as antique.

The suspect presented a statement from a registered expert witness who averred the pieces were old enough to be legally traded in Europe. Such statements, the researchers said, are routinely used in the ivory trade to show that items are exempt from restrictions.
As it turns out, the expert was wrong and the suspect’s ivory was far younger than claimed.

Indeed, some 68 per cent of Brabcová’s samples of “old ivory” were younger than 1947, and the determination of “experts” were incorrect 86 per cent of the time, according to the researchers, who published their findings in the forensic journal Crime, Law, and Social Change.

The only real solution, conservationists contend, is to ban all ivory trade everywhere. The EU seems to have moved toward this perspective.

The European Commission proposal put forward in January would close significant loopholes in the bloc’s ivory-trade restrictions, barely leaving room for repairing old musical instruments that incorporate ivory. France, Belgium and the Netherlands already have strong national bans in place, as does the UK.

Still, scientists and activists believe a change in European law won’t be enough to slow the race toward elephant extinction.

On March 24, the Elephant Trade Information System revealed an increase in the amount of ivory seized by law enforcement in recent years, including the three largest seizures ever recorded. Tusks from thousands of dead elephants totaling more than 25,000 kilogrammes were intercepted in China, Singapore and Vietnam.

This lent credence to a 2020 paper in Scientific Reports that, with the exception of East Africa, seizures were climbing. About 15 years ago, more elephants were being killed in Kenya and Tanzania, according to the report. But as those countries stepped up anti-poaching patrols and smuggling enforcement, criminal syndicates shifted their activity to other regions, such as central and southern Africa.

The 2019 Singapore bust is consistent with those findings, said Wasser, who uses DNA testing to determine ivory’s point of origin.

More than half of the remaining African elephants live in the region. Wasser said that “the majority of the seizures we’ve analysed over the last few years” come from there.

For his part, Wasser remains skeptical of the UN’s contention that these big busts are a sign ivory hoarders are getting out of the trade. The Singapore ivory, he said, “didn’t look old.”