Afiq scored 90.13 per cent while Dayangku Fauziah scored 93.63 per cent, beating eight other competitors in the annual competition.

Five qaris and five qariahs made it to the finals and recited selected verses of Al-Quran during the event.

The champions each received the challenge trophy, accompanying trophy, BND2,000 cash prize and certificate of participation. 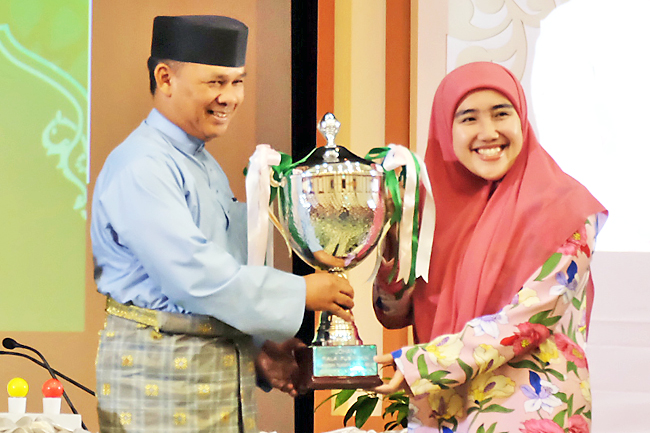 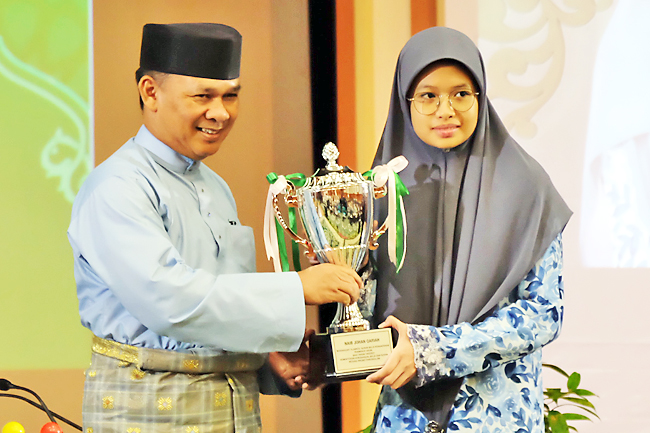 The minister said that not only are many children and youth now capable of reading Al-Quran, they have shown great potential.

He said this must be preserved and expanded continuously to ensure more youth can comprehend and appreciate Al-Quran, by promoting it as a way of life. “Apart from the capability of reading Al-Quran, attain the Khatam or memorising it, what is more important is the resolute attitude of exploring its contents, understanding and appreciating and later practising it in life,” he said, adding that it will help spawn a generation of balanced youth who are educated in current affairs and Al-Quran.

According to MCYS, 97 individuals entered the competition this year, comprising 60 qaris and 37 qariahs who competed in the preliminary rounds from March 31 to April 3.

Twenty-nine individuals, comprisng 15 qaris and 14 qariahs made it to the semi-finals on June 13.