Chasing its first Italian league title since Diego Maradona led the Partenopei to their only championships in 1987 and 1990, Napoli returned to the top of the standings, two points ahead of defending champion Inter Milan and AC Milan.

Sampdoria held Inter to a draw this month and was seen as a potential obstacle for Napoli but Luciano Spalletti’s team controlled from the start.

Osimhen started things off when he pushed in a cross from Lorenzo Insigne at the far post, having already come close minutes earlier.

Passes from Lozano and Insigne set up Napoli’s second for Fabian Ruiz from the edge of the 18-yard box. Osimhen then needed only one touch to redirect a Lozano cross from the centre of the area. 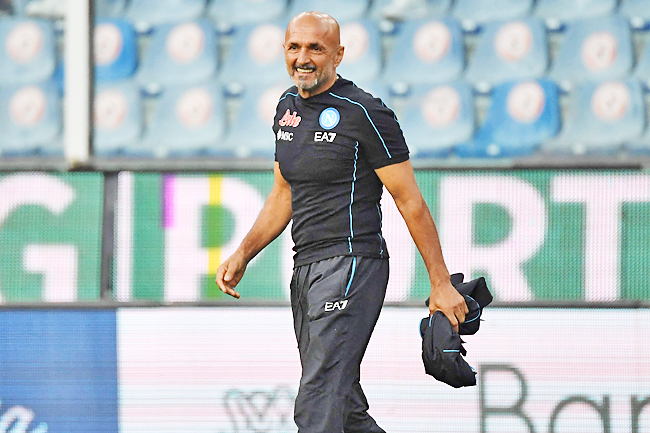 Lozano also had the assist when Piotr Zielinski pounded in another for Napoli, on a play started by the newly acquired midfielder André Anguissa, who is on loan from Fulham.

New Roma striker Tammy Abraham impressed the local fans by singing along to the team’s anthem before a match against Udinese.

Then he scored a first-half goal to help the Giallorossi to a 1-0 win over Udinese – his third since joining from European champion Chelsea in a transfer valued at EUR40 million Abraham was set up with a cross from Riccardo Calafiori.

Roma moved one point behind the Milan clubs with its seventh win in eight matches across all competitions under Jose Mourinho.

Ciro Immobile converted a penalty in stoppage time to earn Lazio a 1-1 draw at Torino.

A header from Mark Pjaca had put Torino ahead in the 76th.