In a scandal that’s equal parts bizarre and damaging, Ramaphosa is accused of covering up a 2020 burglary at his farm, where thieves allegedly ripped apart his furniture and made off with USD4 million in cash hidden inside.

In South Africa, Ramaphosa is accused of hiding the break-in from police and tax authorities.

But in Namibia, Police Chief Sebastian Ndeitunga said in a statement that authorities in 2020 froze bank accounts, lodges, houses and vehicles allegedly bought with the stolen cash.

Alleged mastermind Imanuwela David apparently paddled his way by canoe into Namibia, where the head of a major fishing company and a police officer brought him in from the border, Ndeitunga said.

After South African authorities declined to confirm that a crime had actually been committed, Namibia released the seized property, he added.

“We refute allegations of torture or abduction of the suspect Imanuwela David,” he said. 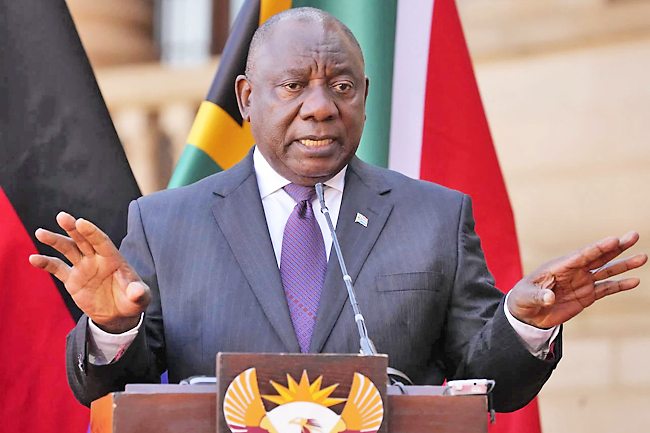