Justice Ravinthran, who led the panel, directed that a case management to be held today to fix for an early appeal hearing date. The court also allowed Effa Azuin’s application to exempt Najib from attending yesterday’s court proceedings which was conducted online via Zoom.

Effa Azuin had informed the court that senior counsel Tan Sri Muhammad Shafee Abdullah was down with a fever caught from a staff member at his law firm.

She said Muhammad Shafee was feeling unwell yesterday morning and had gone to a clinic and he obtained a medical certificate.

Deputy Public Prosecutor Ahmad Akram Gharib who appeared for the prosecution together with Mohamad Mustafa P Kunyalam, did not object to the postponement but left it to the court pertaining to the request to dispense Najib’s attendance in the court proceedings yesterday.

Najib is seeking to obtain banking documents for use in his trial involving misappropriation of MYR2.3 billion funds from 1Malaysia Development Bhd (1MDB).

He is appealing against the decision of the High Court on July 12, last year in dismissing two of his discovery applications to compel the prosecution in his 1MDB trial to disclose banking documents linked to Zeti’s family on claims that her family allegedly received monies from fugitive financier Low Taek Jho, also known as Jho Low.

Najib filed a court order on March 24, last year to compel the prosecution to provide several banking statements from companies, including Aktis Capital Singapore Pte Ltd, believed to be related to Jho Low and Zeti’s family in his 1MDB case. 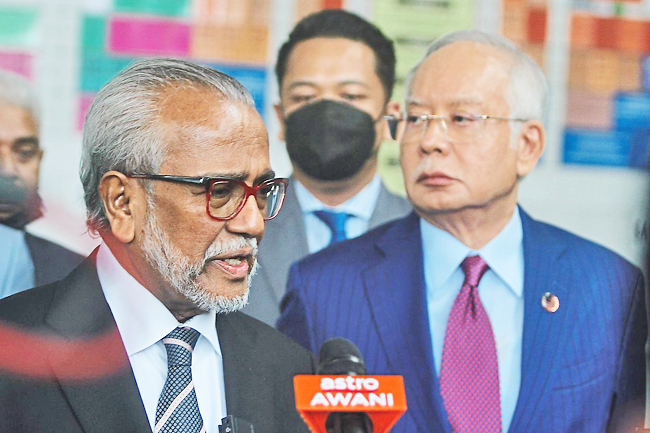