Nadal up to fourth, Swiatek extends lead on top

Serbia’s Novak Djokovic, beaten by Nadal in the Roland Garros quarter-finals, remains top of the rankings ahead of Daniil Medvedev, with Alexander Zverev in third.

Meanwhile, Poland’s Iga Swiatek extended her lead at the top of the WTA rankings released on Monday after her French Open triumph in Paris over American Coco Gauff.

And after claiming her 35th successive victory in Roland Garros, she now has over 4,300 points advance on new world number two Anett Kontaveit of Estonia.

The Czech player paid for her first round loss to French teenager Diane Parry by dropping 12 players to 14th.

American Jessica Pegula, loser in the quarter-finals to Swiatek, moves up three places into the Top 10. 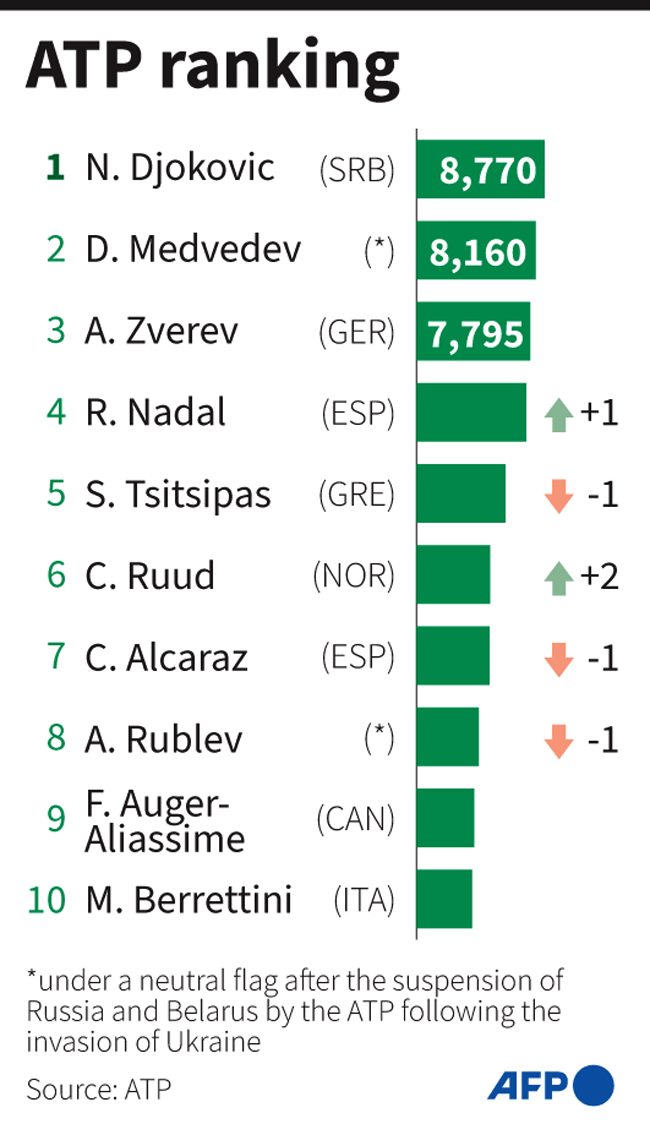 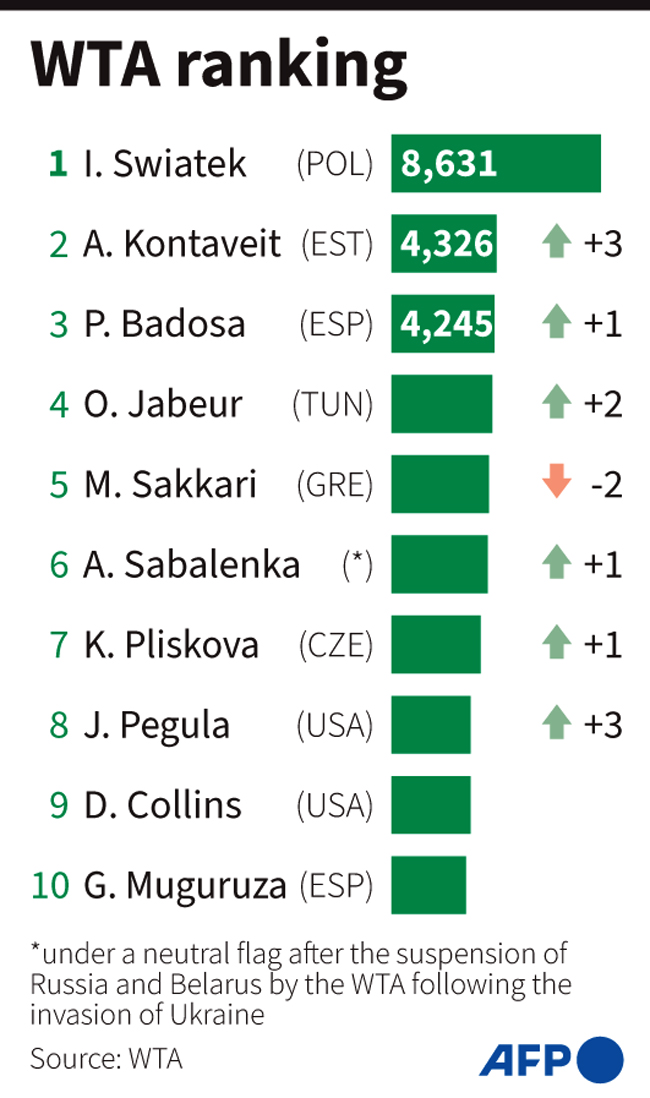