UN deputy spokesman Farhan Haq said Senior General Min Aung Hlaing told Heyzer during a meeting on Wednesday in Myanmar’s capital, Naypyitaw, that in the immediate term “measures would be taken to safeguard her health and well-being”.

Myanmar has been wracked by violent unrest since the army ousted Suu Kyi’s elected government in February last year.

The military takeover prevented Suu Kyi’s National League for Democracy party from beginning a second term in office, and Suu Kyi has been prosecuted in a string of criminal cases widely seen as politically motivated by the ruling military. She is being held in prison in Naypyitaw and the government has refused to allow her to meet with any outsiders.

On the UN envoy’s first mission to the strife-torn country, Heyzer called on general Hlaing to urgently halt all violence, support a political path back to civilian rule and democracy, and allow Suu Kyi to return home and to meet with her. 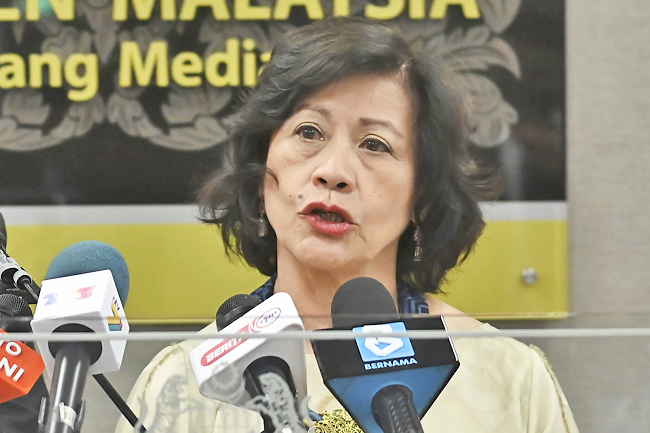 She also reiterated Secretary-General Antonio Guterres’ extreme concern about Myanmar’s humanitarian, security, economic and political crisis and his call for the release of all political prisoners.

And she urged Hlaing to impose a moratorium on future executions, following the recent executions of four political activists that drew worldwide condemnation.

Responding to a question on what Heyzer’s visit achieved, Haq said, “a key outcome” was a commitment by the ruling State Administration Council, which the general heads, “to continue the conversation and openness” to her proposals for urgently needed humanitarian assistance and protection for civilians.

Haq said a follow-up meeting was held with the chairman of the council’s National Solidarity and Peace Negotiation Committee to explore Heyzer’s proposal “for an inclusive forum for humanitarian engagement”.

At the meeting, he said, “both sides agreed to work closely on a pilot under the special envoy’s convening role, and explore a humanitarian pause and inclusive delivery of aid in active areas of conflict.”

On Heyzer’s appeal for the release of all children, Haq said, “assurances were given no children under the age of 12 would be detained in prisons or other facilities”. He said Heyzer was also promised that “lighter judgment would be considered for children of the age of 16 and 17”.

Haq did not mention the other issues raised by Heyzer during her two-day visit, indicating that there was little or no progress on her calls to urgently end all violence including ending aerial bombing and the burning of homes and civilian infrastructure, start taking steps to restore civilian rule, release all political prisoners and end executions.