BANGKOK (AP) – Myanmar’s military-installed government announced on Wednesday that it has released the former chairman and another member of the country’s election commission who were jailed for alleged fraud in the 2020 general election.

The military’s information office said in a statement that former Union Election Commission Chairman Hla Thein and his colleague, Myint Naing, were freed on October 25 to demonstrate leniency and to teach them how the state shows kindness and goodwill.

Both were sentenced to three years in prison in July on charges of electoral fraud and held in Yamethin prison in the central Mandalay region.

The military has prosecuted hundreds of people associated with the former government and governing party since it seized power last year. Critics said the prosecutions are politically motivated.

State-run MRTV television also reported the release of the two election officials and the commutation of their sentences. 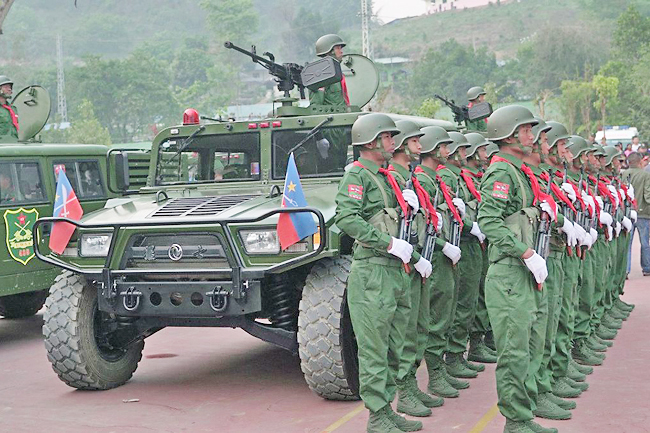 Myanmar has been wracked by violent unrest since the army ousted the elected government of Aung San Suu Kyi and seized power in February last year, claiming massive voting fraud in the 2020 election.

Suu Kyi’s National League for Democracy party won the election in a landslide and independent election observers did not find any major irregularities.

Myanmar’s previous election commission also rejected the military’s allegations of electoral fraud and its members were dismissed and arrested by the army after its takeover.

A new military-appointed election commission accused the defendants, including its own former chairman, of being “involved in electoral processes, election fraud and lawless actions”, and filed the election fraud charge in November last year.

The military statement said the two former election officials had petitioned the government to commute their sentences due to their ages – both are in their 70s – and because they pled guilty.

The announcement of the releases comes just ahead of the annual summit of the Association of Southeast Asian Nations (ASEAN) in Cambodia, where a top agenda item will be the Myanmar crisis, which has threatened the group’s unity.

Myanmar is a member of the regional grouping, but its military rulers have not cooperated with ASEAN’s efforts to ease tensions and stop the violence in the country. The government has offered few conciliatory actions to mollify criticism in the region or among Western nations, which have sanctioned it for its takeover and human rights abuses.