BANGKOK (AP) — With coronavirus deaths rising in Myanmar, allegations are growing from residents and human rights activists that the military government, which seized control in February, is using the pandemic to consolidate power and crush opposition.

In the last week, the per capita death rate in Myanmar surpassed those of Indonesia and Malaysia to become the worst in Southeast Asia. The country’s crippled healthcare system has rapidly become overwhelmed with new patients sick with COVID-19.

Supplies of medical oxygen are running low, and the government has restricted its private sale in many places, saying it is trying to prevent hoarding. But that has led to widespread allegations that the stocks are being directed to government supporters and military-run hospitals.

At the same time, medical workers have been targetted after spearheading a civil disobedience movement that urged professionals and civil servants not to cooperate with the government, known as the State Administrative Council. 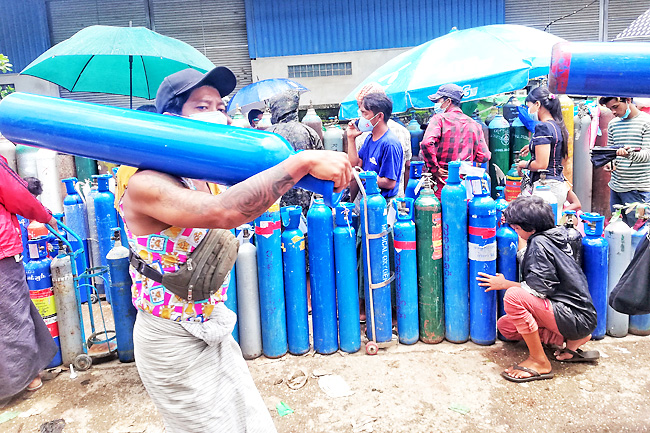