In a statement, the Myanmar junta rejected what it called “one-sided and unfounded statements” at the UN’s ongoing Human Rights Council in Geneva.

Bachelet called on the military to abandon plans to carry out Myanmar’s first executions since 1990, including those of a former lawmaker from Aung San Suu Kyi’s party and a prominent democracy activist.

“Myanmar wishes to remind the High Commissioner and certain countries that the individuals sentenced to death are those found with hundreds of weapons and they are in charge of several dozen extremist factions,” the statement from Myanmar’s mission to the UN in Geneva said. 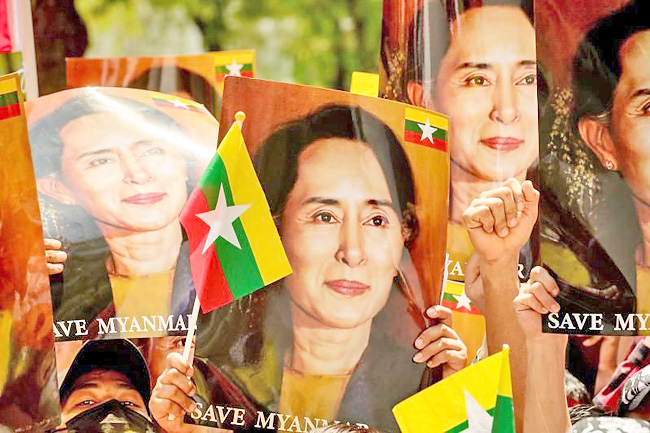 The junta’s announcement that it would execute the men triggered a storm of criticism from international rights groups, who contended that the secret military tribunals where they were convicted were unfair.

Bachelet said at least 1,900 killings by the military had been reported since the coup, with more than 13,500 people arbitrarily arrested.

The figures tally with those gathered by the Assistance Association for Political Prisoners, a local monitoring group that maintains data on killings and arrests since the coup.

But the junta’s statement criticised Bachelet for making a “misleading statement with sweeping allegations” and for not criticising violence carried out by anti-junta militias.

Myanmar has been in turmoil since the military ousted Aung San Suu Kyi’s civilian government in February last year.

Widespread resistance to the takeover was met with a bloody military crackdown.