ANN/THE STAR – A court in military-ruled Myanmar sentenced a freelance journalist associated with the international broadcaster BBC to three years in prison with labour on Thursday evening after she was found guilty of incitement, a legal official said.

Htet Htet Khine, who presented a programme called Khan Sar Kyi – ‘Feel It’ – for BBC Media Action, still faces an additional charge of unlawful association under which she could receive up to another three years in prison. The documentary programme, on which she worked from 2016 to 2020, showed the problems of people across the country caused by years of unrest and conflict.

Since seizing power in February last year by ousting the elected government of Aung San Suu Kyi, the military government has cracked down heavily on media freedom. It has forced at least 11 media outlets to shut down and arrested about 142 journalists, 57 of whom remain detained awaiting charges or trial.

Some of the closed media outlets have continued operating without a license, publishing online as their staff members dodge arrest.

Htet Htet Khine was arrested in August 2021 along with Sithu Aung Myint, a columnist who did commentaries for the online magazine Frontier Myanmar and the broadcaster Voice of America, at an apartment in the country’s largest city, Yangon, where they had been hiding.

Htet Htet Khine was initially accused of serving as volunteer editor for Federal FM Radio, an underground broadcaster of the National Unity Government, a shadow civilian administration established to oppose the military takeover. The ruling military council has declared the group a terrorist organisation. 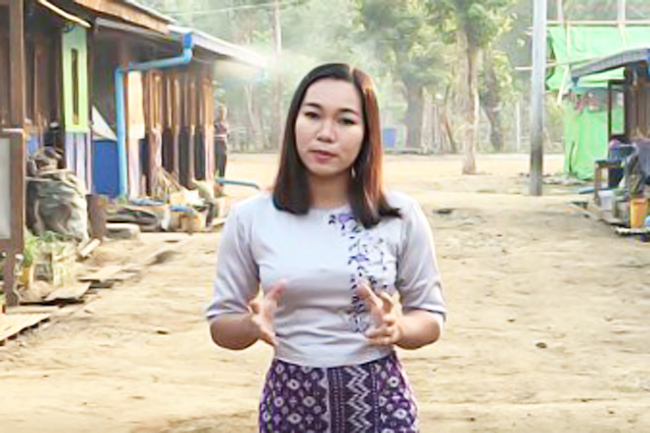