Now, with the spread of the new coronavirus, flying is off the table. So is having friends and relatives over for a potluck iftar, the breaking of the fast. Mohamed is older than 65 and said she cannot risk it.

Ramadhan, which starts later this month, unites Muslims the world over in fasting and worship.

This year, it follows a string of religious holidays that have also unified the faithful from different religions in grappling with how to observe familiar rituals and celebrations in a time of unfamiliarity.

Mohamed is contemplating workarounds. She always looked forward to the special Ramadhan prayers, known as tarawikh, at the mosque. She will now pray at home with her daughter. But what about the doa, or supplication? The imam moves her to tears. As he prays for dead loved ones or those suffering in faraway lands in his “miraculous” voice, sobs rise from the faithful and intermingle with chants of “Amin” recited in unison.

Mohamed wonders: Can he make doa over Zoom video conferencing?

“That would help us a lot,” she said, even as she noted it wouldn’t be the same. At her mosque, female worshippers hug and chat after the prayers as children scurry around and dates and chocolate are passed from hand to hand.

During Ramadhan, the faithful abstain from food and drink from sunrise to sunset as they strive for self-purification and empathy. It’s a time for prayers, introspection and charity. Normally, it’s also a time for family, friends and festive feasting.

This year, there are indications the outbreak will cast a pall over many beloved rituals.

Many Muslims have been praying for the coronavirus cloud, which has already disrupted Islamic worship the world over, to lift before Ramadhan. Mosque closures and modified calls for prayers urging the devout to pray at home have left many feeling emotional. They are relying on worship at home and online religious classes. This year, some are planning virtual interfaith iftars.

Texas-based Imam Omar Suleiman said empty mosques are reason for reflection. “How do we build ourselves to where we are more connected to Him?” asked Suleiman, who has been streaming virtual sermons and nightly reflections to more than 1.4 million Facebook followers.

“Now we have a chance to develop empathy with those that have not had access to their religious spaces due to oppressive circumstances.”

Malaysia, Brunei and Singapore have banned popular Ramadhan bazaars where hawkers sell food and drinks in congested open-air markets or roadside stalls. In predominantly Muslim Malaysia, vendors are now planning to bring their businesses online through mobile apps or digital platforms provided by local authorities during the fasting month.

A trader in Malaysia’s southern Johor state Mohamad Fadhil said he was resigned to not being able to do business at the Ramadhan bazaar or perform the tarawikh prayers at the mosque. “We just have to be patient and follow orders,” he said.

In Iran, which is suffering one of the world’s worst outbreaks, Supreme Leader Ayatollah Ali Khamenei suggested that mass gatherings may be barred through the holy month. “Remember to heed your prayers and devotions in your lonesomeness,” he said.

The Islamic Waqf, which administers the Al-Aqsa Mosque in Jerusalem, Islam’s third-holiest site, announced yesterday that the mosque will continue to be closed to worshippers for Ramadhan.

It’s difficult, Sheikh Azzam Khateeb, the director general of the Waqf, said before the latest announcement, but “the health of the worshippers comes before anything else”.

Zuher Dubie, a 71-year-old mosque preacher in the West Bank city of Nablus, has been observing Ramadhan and praying in mosques since he was 10.

For the first time since, Dubie said, he wouldn’t be able to practice some of the month’s rituals. “There will be no social gatherings, no Ramadhan aroma in the markets, no collective prayers … in mosques,” he lamented.

In Egypt, the Ministry of Religious Endowments decided to suspend communal Ramadhan activities, including mass charity iftars around mosques. Mosques have already closed for prayers there and the country is under a night-time curfew.

Ramadhan is normally lively in the country of more than 100 million – and steeped in tradition.

Ordinarily, worshippers fill mosques and shoppers swarm markets. Loved ones gather over scrumptious iftars. Strangers break bread together in street banquets that feed the needy. Cafes teem with patrons chatting over a cacophony of gurgling water pipes and blaring music. And Ramadhan lanterns cast a colourful glow over bustling streets.

In some areas, a mesaharati bangs on a drum as he wakes up residents for sahur, the pre-dawn meal that will sustain them through another day of fasting.

Souad Selim, an Egyptian, has been wondering what all the changes this year would mean for a cherished Ramadhan ritual.

Before, she would slip early to bed as many binge watch television shows produced for Ramadhan entertainment.

At around 3am, she would wake up to have sahur and cook up a storm. Using groceries that she and co-workers had pitched in to buy, she would prepare dozens of meals before she left for work.

Before iftar, Selim and other volunteers would go outside to distribute boxes neatly packed with salad, rice, chicken or meatballs.

Now, she likely won’t be able to hand out meals on the street but she’s determined to send iftars to the homes of those she knows need them.

“It’s hard to describe how much goodness and blessings Ramadhan brings,” she said. 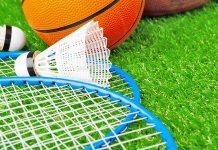 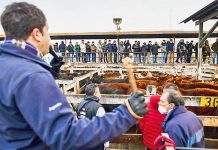 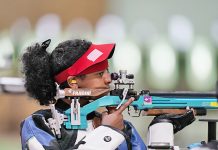 How the Refugee Olympic Team made it to Olympics