The school production took just six and a half weeks of preparations. It was performed by students from Year 9 to Year 13. They were supported by a team of musicians.

Behind the scenes, more than 100 students and staff worked in set design, painting and construction, designing and building props, making costumes, creating choreography, working on lighting and sound as well as hair and make-up.

Principal Barnaby Sandow said, “For many students, the productions here have been the most transformational experiences of their time in JIS.

“The team has to dig deep into reserves of resilience and challenge themselves to keep going. But it is because of this that they learn and become better versions of themselves. They have to communicate under pressure, collaborate and remain respectful.

“In turn, younger students look up to these leaders and are inspired to follow in their footsteps. There is a healthy legacy being created that perpetuates personal growth.”

Director of High School Musical and Head of Drama Will Kemp said, “The 99 performers on stage performed 18 songs with complex and detailed choreography… supported by a band of talented musicians who, being in the orchestra pit are not seen, but are an essential part of the performance and must be recognised as such.”

Together, they try out for the lead parts in their high school musical, and this causes division among all the school’s students. Despite other students’ attempts to thwart their dreams, Troy and Gabriella resist peer pressure and rivalry, inspiring others along the way not to “stick to the status quo”.

High school diva Sharpay Evans (played by Year 12 IB student Tara Zhang) and her twin brother Ryan (played by Year 11 IGCSE student Evan Chiam), will do anything not only to sabotage the friendship and romance between Troy and Gabriella but also to get the leads in the school musical. 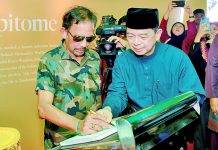 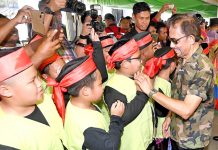 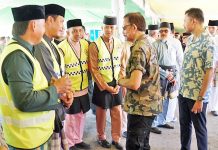