Music is an important part of French culture; and France played an instrumental role in the development of classical music. Thus, Alliance Francaise in Brunei Darussalam (AFBD) organised a music festival to mark its 35th anniversary.

Permanent Secretary (Administration, Finance and Estate) at the Ministry of Culture, Youth and Sports (MCYS) Pengiran Mohd Amirrizal bin Pengiran Haji Mahmud was the guest of honour at the event held in collaboration with Brunei Music Society (BMS) and the French Embassy in Brunei Darussalam.

BMS Chairperson Jaya Punjabi, in a speech, expressed gratitude to AFBD for inviting them to be a part of the celebration.

She said music has the power to move people, and the performance of works by French composers for an international crowd by musicians of varied backgrounds is a fitting depiction of an art form with human interaction at its centre. 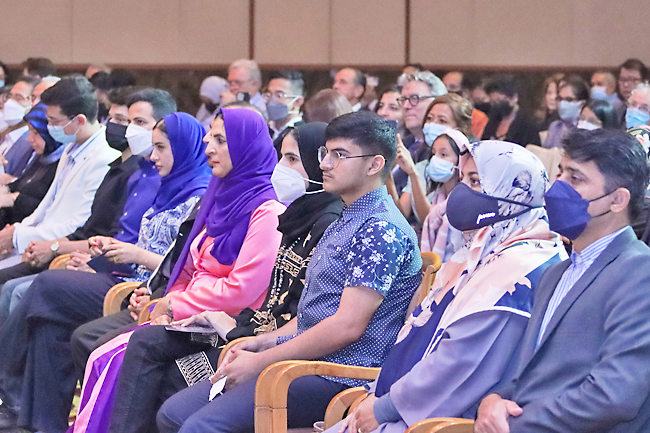 Meanwhile, Baiduri Bank Chief Executive Officer Ti Eng Hui said the bank has been a long-time partner of AFBD and a sponsor of the classical music event.

Acting General Manager of TotalEnergies Brunei Olivier Branellec said, “It was a pleasure for us to support AFBD’s 35th anniversary as this year, TotalEnergies is also celebrating its 35 years in Brunei.

“Supporting AFBD is a platform to help TotalEnergies Brunei realise its corporate social responsibility (CSR) on youth inclusion, cultural exchanges and education diversification.” He revealed that TotalEnergies had sent 10 Bruneians to study in France with the help from AFBD, where they studied French language and the host country’s culture at AFBD to ensure smooth integration into universities.

Under the presidency of Pehin Orang Kaya Pekerma Laila Diraja Dato Seri Setia Haji Hazair, AFBD provides classes to the public, schools and corporates, and offers official translations. It is the only French exam centre recognised by the French Ministry of Education in Borneo. It also holds multiple cultural events such as conferences, cooking classes as well as two major annual events – Francophonie and French Film Festival.

La Fete de la Musique is an annual music celebration that takes place on June 21, the longest day in Europe. It was created by then French Minister of Culture Jack Lang in 1982 and composer Maurice Fleuret.

It is now celebrated in numerous countries and it is common to see people playing music in the streets of Paris during the celebration.