THE WASHINGTON POST – For now, Mrs March is just a novel, and the attention-grabbing mint-green gloves on the book’s cover aren’t yet a movie prop. They’re part of the chic costume the character Mrs March wears to hide her true self. For her, life is all about outward presentation, and who is Mrs March anyway? Even Mrs March doesn’t know.

Virginia Feito’s macabre novel, set in Manhattan’s Upper East Side in the late 1960s, is billed as a literary thriller, but it’s really an amalgam. It is equally a novel of psychological suspense, mystery, crime and horror. Especially horror. Some of its more visceral scenes aren’t easy to forget. Perhaps it’s not surprising that the book on Mrs March’s nightstand is Rebecca, another novel about a woman – the iconic second Mrs de Winter – who also doesn’t have a first name or a strong sense of self. Perhaps it’s also not surprising that a movie version starring Elisabeth Moss is in the works (“I can’t wait to sink my teeth into her,” the actress said of the character she is to play.)

Mrs March’s slow unravelling begins with an offhand remark: A local shop owner tells Mrs March that she must have inspired the protagonist in her husband George’s latest novel. The character in that book is described as “sweaty and black-toothed”. The comment triggers something in Mrs March, and she starts cascading toward a breakdown.

Every day brings horrific hallucinations. When Mrs March is dining out with George, her razorfish entree blinks at her. In museums, people in portraits crane their necks to look at her. Mrs March sees dead pigeons and cockroaches in her apartment. Sometimes she spots a man she met while vacationing in Cádiz with her parents when she was 13. Feito doesn’t detail exactly what happens between Mrs March and this man – who wears a shirt embroidered with tiny tennis racquets – but it’s unsettling to read Mrs March remembering “grey hairs interspersed with the black ones” on his arms.

After finding a news clipping of a woman’s murder in George’s notebook, Mrs March becomes convinced that he killed a young woman named Sylvia Gibbler. Seeing an opportunity to exact revenge on George for her portrayal in his novel, Mrs March tries to prove he’s a killer. No matter that she thinks George has been replaced by an impostor. “The devil had gotten inside her that night in Cádiz, she decided with surprising aplomb, and somehow he was working his way into her home, like the cockroaches, through some imperceptible gap. He’d found the opening, and soon he would get in.”

Mrs March hews to the contours of other novels about women who, as they unravel, collide head on with their past, and it’s easy to see why an actor would be drawn to playing such a bizarre character. But Feito, an obviously talented writer, gives us a Mrs March who is detestable, a person who revels in other people’s failures. As the horrors escalate, Mrs March’s appeal as a character wanes.

We don’t have to like or love protagonists, but we should care about their fate, good or bad. The second Mrs de Winter also started out pathetic and weak, but we cheered for her by the time Manderley burned to the ground. Readers might feel less charitable about Mrs March. 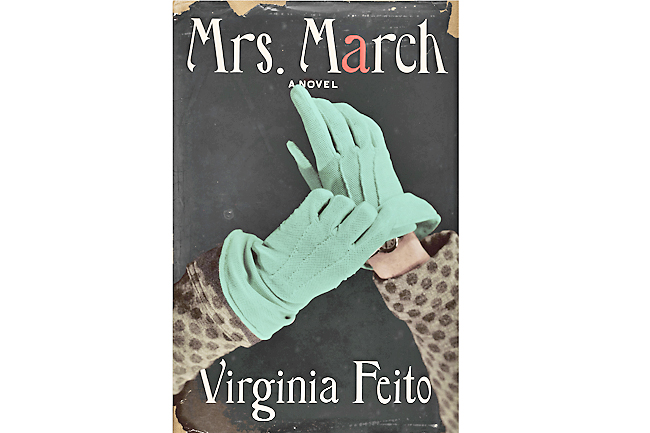