MOVEMBER (blend of Moustache and November month) is an annual event of growing a moustache in November in support of fathers, brothers, sons and male friends to raise awareness about prostate cancer, testicular cancer and men’s mental health.

According to The Brunei Cancer Centre (TBCC) Director Dato Seri Laila Jasa Dr Babu Sukumaran, who is also the Chairperson of the campaign, “The goal of Movember is to change the face of men’s health. Using the moustache as the driving symbol of the movement, Movember focusses on three key areas of prostate cancer, testicular cancer as well as mental health and suicide prevention.”

Throughout the Movember awareness month, a virtual challenge named ‘24 Days Movember Run Challenge’ is held and open to the public. A fundraising initiative for the campaign is also launched until November 30 to raise donations for PJSC medical social fund to help underprivileged patients.

TBCC hoped that the campaign can initiate conversation on men’s health issues and encourage men to speak up. 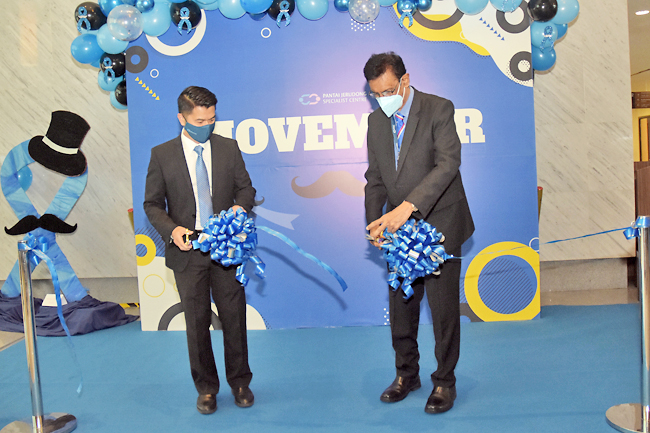