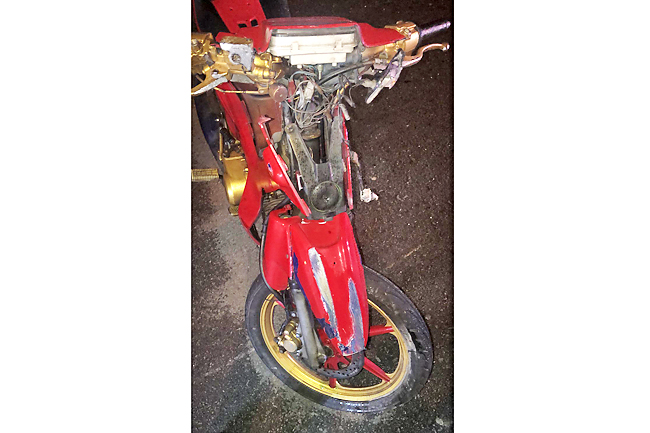 A chase ensued involving a motorcyclist and a patrol member from the Traffic Control and Investigation Department (JSKLL) of the Royal Brunei Police Force (RBPF) on January 23 night.

According to a preliminary investigation, during a patrol in the vicinity of the Raja Isteri Pengiran Anak Hajah Saleha (RIPAHS) Bridge, police personnel came across a suspicious-looking motorcycle exiting Kampong Kasat, resulting in an accident at the Kampong Mentiri intersection where it is believed that the suspect lost control as the motorcycle fell after colliding with a patrol on duty along with a vehicle travelling in the same direction.