PARIS (AFP) – Most symptoms from long COVID clear up within a year for people who had mild initial infections, a large study said yesterday, with the findings welcomed as “reassuring”.

At least 17 million people in Europe suffered from long COVID symptoms months after recovering from their initial infection during 2020 and 2021, according to modelling from the World Health Organization.

However much about the condition has remained unclear, including how long it lasts.

Researchers in Israel analysed the medical records of nearly two million people of all ages who were tested for COVID in the country between March 2020 and October 2021.

The results therefore covered the earlier COVID variants including Delta, but not the more recently discovered Omicron variants.

The researchers combed through the records, which were provided by Maccabi Healthcare Services, for more than 70 different symptoms that have been linked to long COVID. 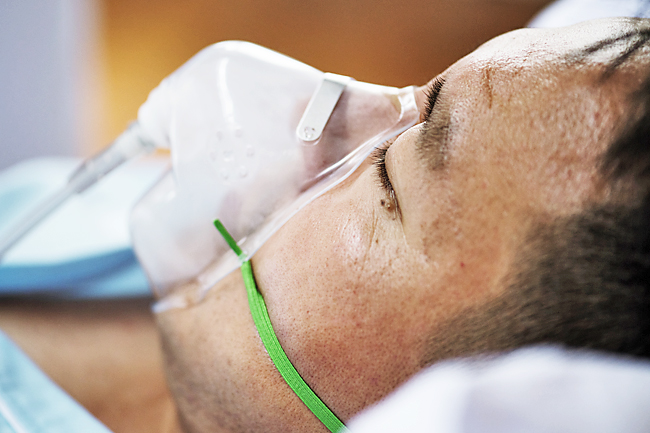 They excluded patients who had more serious illness, including those who were hospitalised, which previous research has suggested have a higher risk of long COVID.

However most symptoms cleared up within 12 months.

“There is a small number of people still suffering from shortness of breath or weakness for a year after COVID,” said researcher at Israel’s KI Research Institute and study co-author Maytal Bivas-Benita.

The study, published in the journal BMJ, also found that vaccinated patients had a lower risk of breathing problems – the most common symptom – compared to unvaccinated cases.

Children meanwhile had fewer health problems than adults, and recovered from most of them well within a year.

Bivas-Benita told AFP that she was “encouraged” by the findings, particularly after fears about how long the symptoms could linger.

“The vast majority of patients will be okay after a year,” she said.

Lead study author Barak Mizrahi said he hoped the research would help lower uncertainty for doctors trying to figure out if their patients’ symptoms are related to COVID.

Paediatrician and clinical academic Michael Absoud at King’s College London not involved in the study, called the findings “reassuring”.

It confirms that the vast majority of children with long COVID symptoms have “a very good recovery”, he said.