ANN/THE STRAITS TIMES – Agents of Israel’s intelligence agency Mossad allegedly kidnapped a Palestinian in Kuala Lumpur and had him interrogated at a remote Selangor chalet, a Malaysian newspaper has reported, angering police that “sensitive” details were made public.

NST said in its report that a group of Malaysians including a woman were recruited by Mossad to abduct a Palestinian man based in Malaysia.

The operation led to the kidnapping last month of the man, a computer programmer believed to be linked to militant group Hamas. He was bundled into a vehicle in Jalan Yap Kwan Seng – a short distance from the landmark Petronas Twin Towers.

NST showed a picture of the inside of the chalet in Hulu Langat in Selangor state where the victim was allegedly tortured, and said Mossad officers appeared on a video call to demand answers from the Palestinian, named in the report as Omar ZM Albelbaisy Raeda. 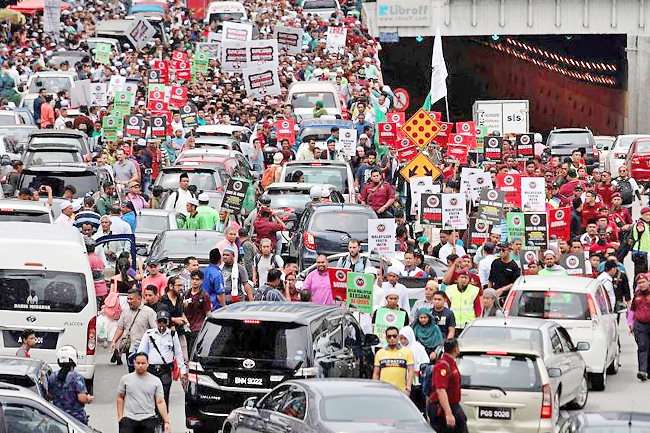 He was beaten by the local kidnappers to give answers, the report said.

The Israelis wanted to know about his experience in computer application development, Hamas’ strength in developing software, and members of Hamas’ military wing whom he knew and their strengths, a source with knowledge of the case told NST.

The abduction shocked Malaysians, in a country where street violence is rare. Malaysian criminologist P Sundramoorthy said this was an act of terrorism and a criminal act which should not be tolerated.

“If it is indeed proven that Mossad recruited Malaysians, this should not be tolerated and these kinds of operations by intelligence agencies should be condemned, as it is a threat to national security,” Associate Professor Sundramoorthy from Penang’s Malaysia Science University (USM), told The Straits Times.

“This is an outlier case. We don’t want other nations to operate in our country by utilising our citizens,” he added.

Malaysia does not have diplomatic ties with Israel, but the country strongly supports Palestinian issues.

Kuala Lumpur police chief Azmi Abu Kassim said “sensitive elements” such as witnesses were revealed “and this affects our investigations”.

“These are matters of safety and confidentiality, as it involves sensitive elements,” Azmi told reporters after officiating at a public event yesterday, as reported by NST.

According to Bernama, 11 Malaysians including a woman were charged in the Kuala Lumpur Magistrate’s Court for kidnapping the Palestinian man to get information on software to hack mobile phones.