The ceremony began with the mass Maghrib prayers, the recitation of Surah Yassiin, Tahlil, Doa Arwah and Doa Kesyukuran for the mosque’s anniversary, followed by the presentation of donations to village orphans. 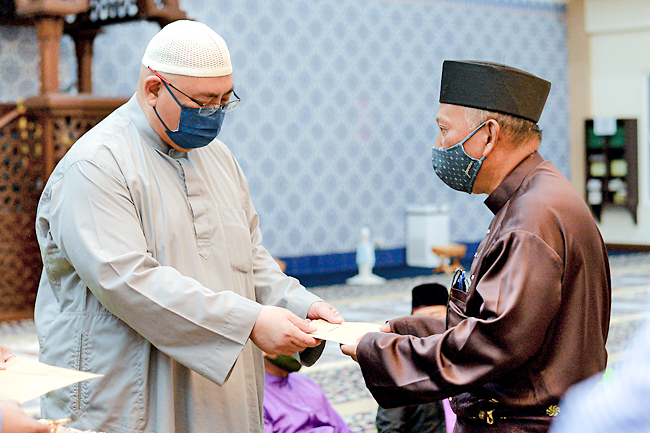