MANILA (AFP) – The death toll from a powerful storm that triggered flooding and landslides across the Philippines has reached 150, disaster officials said yesterday, as more rain was forecast in some of the hardest-hit areas.

More than 355,400 people fled their homes as Severe Tropical Storm Nalgae pounded swathes of the archipelago nation late last week and over the weekend.

Of the 150 deaths recorded by the national disaster agency, 63 were in the Bangsamoro region on the southern island of Mindanao where flash floods and landslides destroyed villages.

At least 128 people were injured and 36 are still missing across the country, the agency said. Authorities have warned there is no hope of finding more survivors.

Mindanao is rarely hit by the 20 or so typhoons that strike the Philippines each year, but storms that do reach the region tend to be deadlier than in Luzon and the central parts of the country. 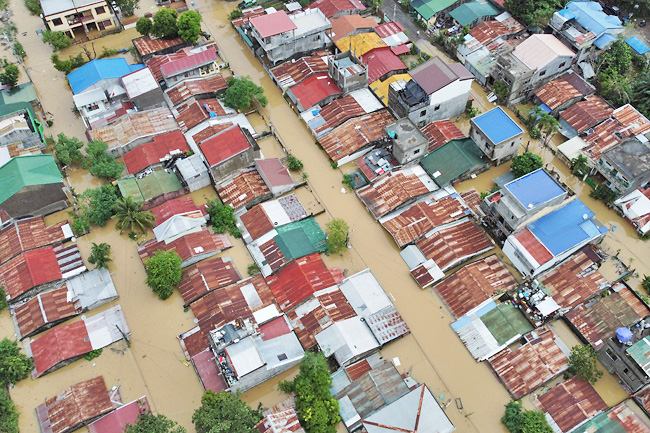 With more rain forecast, disaster agencies in Bangsamoro were preparing for the possibility of further destruction in the poor and mountainous region.

“Waterways and rivers that were in the path of the flash floods are blocked by debris and boulders so they could easily overflow.”

He has urged local authorities to plant trees on denuded mountains.

“That’s one thing that we need to do,” Marcos told a briefing this week.

“We have been hearing this over and over again, but we still continue cutting trees. That’s what happens, landslides like that happen.”

Marcos declared a state of calamity for six months in the worst-affected regions, freeing up funds for relief efforts.

Scientists have warned that deadly and destructive storms are becoming more powerful as the world gets warmer because of climate change.