Brunei Darussalam enjoyed a golden era of boxing during the early days of its involvement in the Southeast Asian (SEA) Games, especially in the 70’s and 80’s.

Back then, it was known as one of the first combat sports introduced in these shores, with a number of local legends gaining prominence and tasting success.

The country recently revived the sport by hosting amateur competitions. However, it is worth noting that there are quite a selection of practitioners in the country that boast a boxing background.

The history of the country’s involvement can be traced back to when the Sultanate made a foray into international competitions by participating in the Asian Boxing Championships in Bangkok, Thailand in 1973.

Brunei Boxing Association (BBA), one of the oldest sport associations in the country, sent seven local boxers with the legendary Asmad Rashid winning a bronze medal in the heavyweight (+81 kilogrammes) category.

His medal represents one of the country’s finest achievements, not just for boxing but sports in general. Asmad facilitated the breakthrough of locals in the regional and international circuit, and put the country on the sporting map. 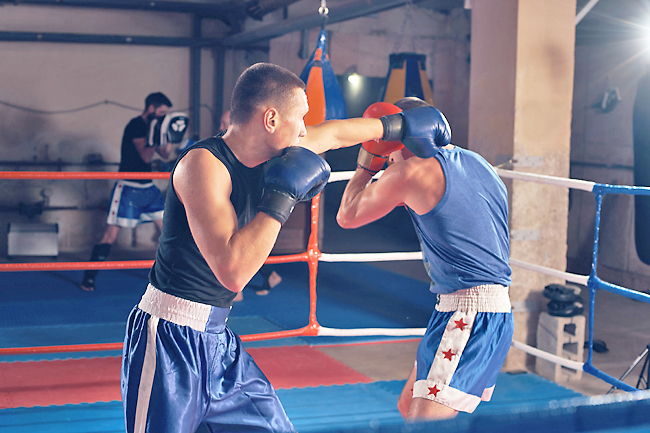 His success helped the nation gain confidence and four years later, the boxing team was part of the national contingent in the 1977 SEA Games in Kuala Lumpur, Malaysia.

Brunei’s first medals in the SEA Games came from the light welterweight and light middleweight categories of boxing.

Two years later in Jakarta, Indonesia, Timbang Ahmad carved his name in the country’s boxing record books after bagging the silver medal at the heavyweight event.

At the time, Timbang’s silver medal was the country’s best result in the regional multi-sport meet since the country – alongside Indonesia and the Philippines – was admitted into the SEAP Games Federation in 1977.

The country had to wait until 1983 for a podium finish in the SEA Games in Singapore when boxing contributed four of the five overall medals.

Boxing was thrust into the limelight as a quartet of boxing athletes secured bronze in various classes when the country hosted the SEA Games for the first time in 1999.

The early 2000s also ushered in a new era of local boxers like Rudy Hairy Wan Mohd Yussof, who took bronze in the light middleweight category in the 2001 edition in Kuala Lumpur.

However, the last batch of boxing athletes in the 2003 edition in Hanoi brought an end to their participation in the multi-sport meet.

In 2018, A TIM Boxing outlined their plans to revive the boxing scene in the country by hosting a competition which served as a platform for up-and-coming local boxers.

A TIM Boxing Club committee member Azahar bin Timbang said, “The reason why we held the tournament was to bring back the heydays of boxing into the country. The 60’s, 70’s and 80’s were known for iconic local boxers.”

The committee member recalled heroes from yesteryears such as Timbang bin Ahmad, Haji Yusuf bin Ismail and Pengiran Mumin who represented the country at the international level.

In the same year, a boxing and kickboxing tournament was prematurely halted after a member of the public stirred chaos and violence after attacking two men at the Airport Mall in Berakas.

The country will shift its focus into the local boxing scene once again this weekend with a highly-anticipated boxing tournament at the Youth Centre in the capital.

Matches will be contested for three rounds with a period of two minutes each round. A minute interval will ensue in between the rounds.