MONTREAL (AFP) – Stripped of the crowds of visitors that usually flock to its sights, from the Grand Prix to its renowned festivals, Montreal is trying to reinvent itself during the coronavirus pandemic and salvage what is left of its summer.

The city is spending heavily and sponsoring dozens of artistic shows in an effort to lure visitors. But despite its best efforts, the damage is all too obvious.

“Look at the terraces here, they are all empty, it’s incredible,” said Sam Namour, owner of an Inuit art gallery in Old Montreal, pointing to the deserted cafes on Jacques Cartier Square.

Over the past 40 years, Namour has greeted thousands of visitors to his gallery, including former presidents Bill Clinton of the United States (US) and Jacques Chirac of France. But on this hot summer’s day, not a single person has entered his establishment since he opened up three hours earlier.

Around 11 million tourists visit the city in a normal year, 80 per cent of them from outside Quebec province, spending some CND4 billion (USD3 billion), said Yves Lalumiere, head of the city’s tourism board. With half of Canada’s 9,000 coronavirus deaths, Montreal and its surroundings have been hard hit by the pandemic. The city has had to cancel major cultural events that in the past drew in hundreds of thousands of visitors, including its world-renowned jazz festival.

“A million tourists, tops” are expected this year, said Lalumiere, saying 90 per cent of the revenue from that sector is at risk.

Visitors have to quarantine for 14 days when they arrive in Canada, so tourists coming from abroad, mostly from France and the US, are rare this year.

“In summer, Jacques Cartier Square is always full, you can’t see the ground because there are so many people there,” said Nadia Bilodeau, who runs an Italian restaurant next door to Namour’s gallery.

This year, though, it is “like a little ghost town,” she said, looking out at the restaurant’s empty terrace.

The business owners are just about making ends meet with support from the state.

Even visitors from other parts of Quebec province are few and far between.

“The Quebecois are scared of coming to Montreal,” said Michel Archambault, professor of urban studies and tourism at Quebec University.

William Foster Friesen was the rare tourist in sight on a recent day, passing through for a few hours on his way from a trip to the Gaspesie region to his home of Toronto.

The same scenes are being played out in the city centre, whose 400,000 workers have been largely absent since mid-March, most of them now working from home.

The city’s beating heart endures, however, though energy has shifted to its outlying residential areas. 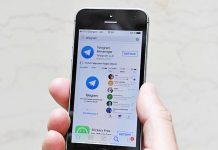 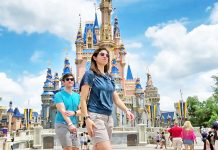