UPI – A 17-year-old Montana girl who studied business administration at California Intercontinental University has become the youngest American in history to earn a doctorate.

Kimberly Strable (pic above), 17, of Great Falls, said she presented her dissertation virtually and was awarded a doctorate in business administration with an emphasis in global leadership.

Strable said she is looking forward to starting her career.

“Right now I’m actually working on some legal battles, discrimination I faced because of my age. So that’s a really interesting part and I’ve actually applied some of my knowledge and I’m working on that. But after all that wraps up, I plan on trying to get into executive management,” Strable said. 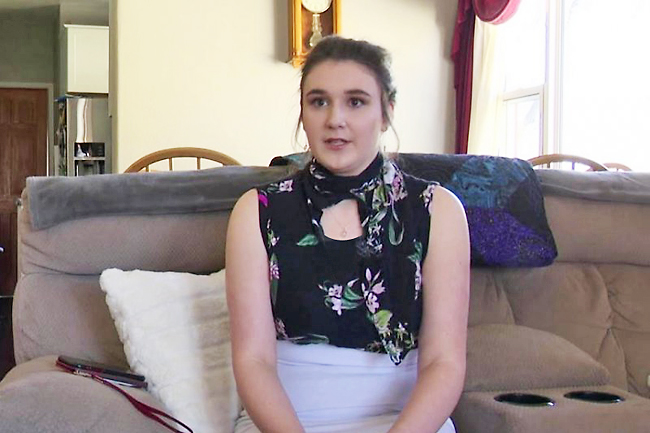 Strable said achieving runs in her family – her older sister earned a master’s degree just days after turning 18 and her three younger siblings have all expressed an interest in getting their degrees at a young age.

“I was just so happy and glowing. So relieved because it’s been such a long journey and it’s always been a next step and a next step. To finally recognise I am now officially a doctor, super amazing,” she said.

Strable’s graduation was celebrated on Twitter by Montana Secretary of State Christi Jacobson.

“17-year-old *DOCTOR* Kimberly Strable – that has a nice ring to it. Congratulations on hard work paying off!” Jacobson wrote.