UPI – A Monster Jam event in Florida broke a Guinness World Record when 10,005 toy monster trucks were arranged into a mosaic.

The Monster Jam event at Camping World Stadium in Orlando featured 10,005 toy monster trucks manufactured by Spin Master being arranged into a mosaic of the Monster Jam logo on a large ramp, and the toys were then launched from the 6,000-foot ramp in a massive toy race.

The toy trucks used in the event will be donated to children’s charities, Monster Jam said. 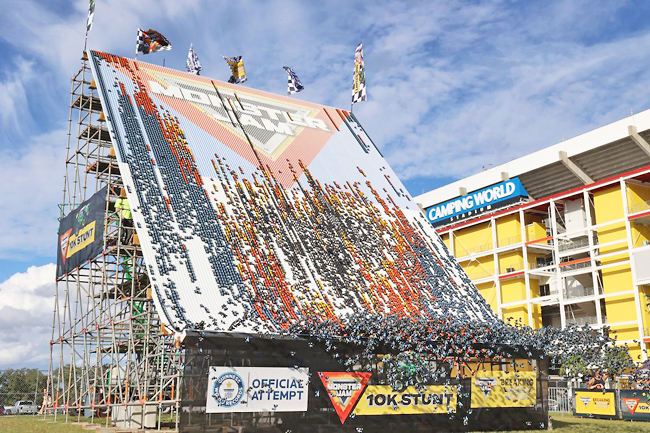