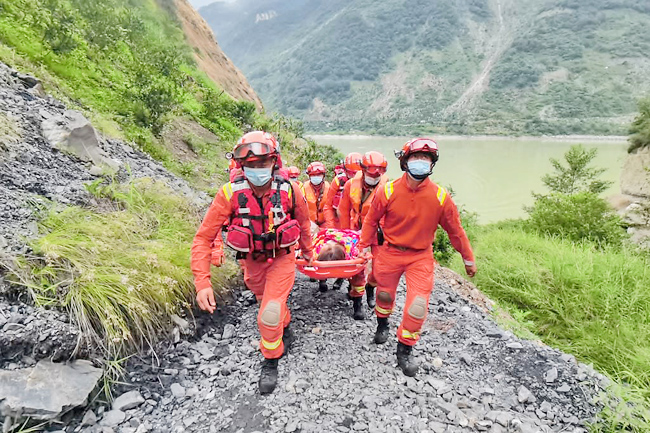 BEIJING (AFP) – A Chinese worker who tended to his injured colleagues following a deadly earthquake and then got lost in the mountains has been rescued 17 days later.

The 6.6-magnitude earthquake struck southwestern Sichuan province earlier this month, killing at least 93 people and forcing thousands to be resettled into temporary camps.

Gan Yu, an employee at Sichuan’s Wandong hydropower plant, was found alive but injured on Wednesday by a local villager, state-owned China National Radio (CNR) said, calling the rescue a “miracle of life”.

Gan was on duty with his co-worker Luo Yong on September 5 when the quake hit, and the pair stayed behind to give first aid to injured colleagues and prevent flooding by releasing water from the dam.