The Ministry of Finance and Economy (MoFE) celebrated the Islamic new year of 1444 Hijrah with a special lecture at the MoFE building at Commonwealth Drive yesterday.

The special lecture ‘Be patient, strive, trust and pray in the face of trials: Driving the National Vision’ was delivered by Islamic Da’wah Centre Religious Officer Mohd Nasyith bin Superi.

The event is an annual religious activity of the ministry to celebrate the beginning of the new Hijrah year while strengthening relationships between the officials and staff at the ministry. 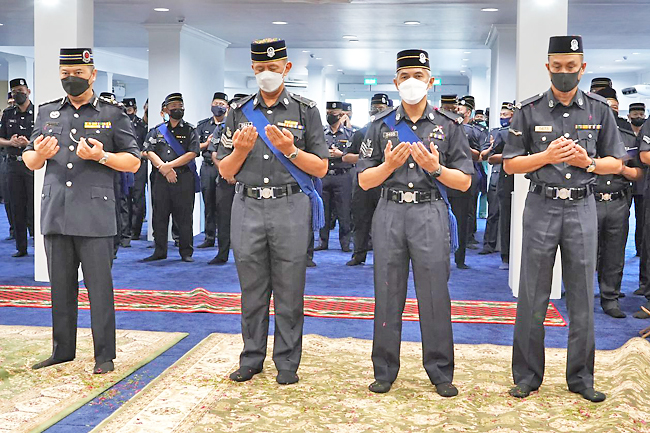 This year’s event was organised by the Research and Strategic Management Division.

Meanwhile, the Islamic Religious Body of the Royal Brunei Police Force (RBPF) organised a celebration for the new Hijrah year along with a Doa Selamat ceremony to commemorate the return of RBPF’s Haj pilgrims at the RBPF Headquarters in Gadong.

Enlivening the event was a lecture ‘Migration Towards a Vision of Life’ from Jame ‘Asr Hassanil Bolkiah Mosque Affairs Officer Pengiran Ahmad Faris Ramadhani bin Pengiran Haji Sallehuddin, who touched on the migration of the Prophet Mohammad (pbuh) from Makkah to Madinah.

The lecture emphasised the lessons learnt from the pilgrimage, including patience and perseverance in achieving goals.

The event saw included Dikir Marhaban to celebrate the return of the RBPF Haj pilgrims.