Ministers join efforts to get needy man back on feet

According to Welfare Affairs of the Community, the Poor and Destitute of Kampong Sungai Akar supervisor Haji Awang Hasbollah bin Haji Awang Damit, the activity was part of the takmir mosque committee’s efforts to extend a helping hand to the needy.

He said Jefri Wee, who converted to Islam in 2019, is an active congregant of the mosque, and the committee has taken the initiative to get him back on his feet by ensuring that his welfare is being taken care of.

Also joining the charitable cause yesterday were 30 personnel from the Gurkha Reserve Unit, as well as 60 volunteers from Kampong Sungai Akar. 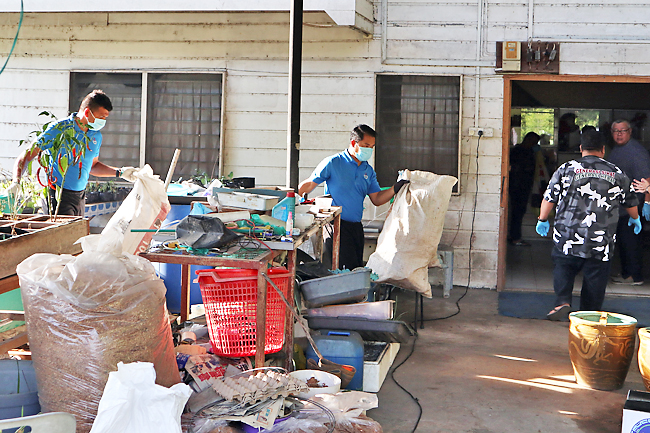