PARIS (AP) — A replica of the Statue of Liberty, smaller but based on the original plaster cast of its big sister on Liberty Island, a gift from France, was given a send-off on Monday before a trip to the United States (US) where it will be displayed for Independence Day.

The nearly three-metre-high bronze will make a nine-day trip across the Atlantic Ocean later this month, sailing out aboard a container ship from the French port of Le Havre to Baltimore. It will then be transported to the US, arriving in time for July 4 celebrations.

The mini-Lady Liberty is then set to go on display in the gardens of the French Embassy in Washington DC, arriving there in time for France’s Bastille Day celebration July 14. The statue will stay there for the next decade. 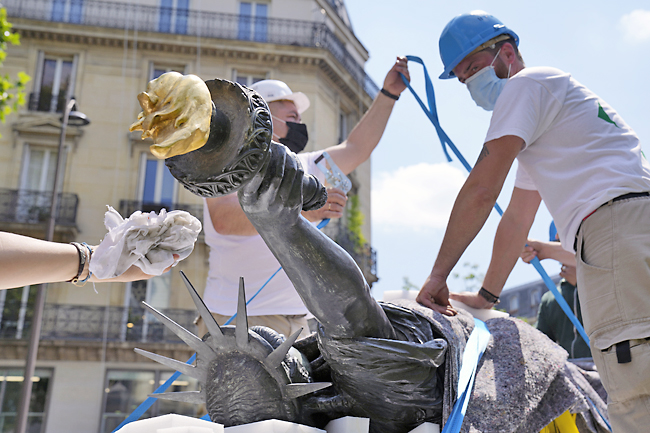