Mini-bonsai: Delicate, with a powerful presence

ANN/THE JAPAN NEWS – Many people consider bonsai to be an art form only for experts.

However, there is a palm-sized type that grows up to 20 centimetres tall and is much easier to care for due to its small size. Called shohin-bonsai, or mini-bonsai, the plants still convey the delicate, powerful presence of bonsai that is so widely admired. Having a mini-bonsai is an easy way to enrich one’s home.

“There are no fixed rules for bonsai,” said bonsai artist Sachiko Uchida, who runs the Reijuen bonsai garden in Yokohama’s Naka Ward. “There are many small and lovely mini-bonsai plants. I hope people will enjoy them freely.”

Hailing from Kanagawa Prefecture, Uchida was born in 1975. After training in shohin-bonsai at a bonsai garden in the prefecture, she opened up her own place, Reijuen, in 2021.

She also sells bonsai and holds workshops, including teaching at Yomiuri Culture, which provides cultural and educational courses.

Mini-bonsai are broadly classified into two categories: the shohaku type comprising trees such as pines and cedars, and the zoki miscellaneous type comprising other plants.

The shohaku type is regarded as a typical bonsai. People admire their intriguing appearances while thinking about their respective histories, such as how the bent branches and withered spots came about. 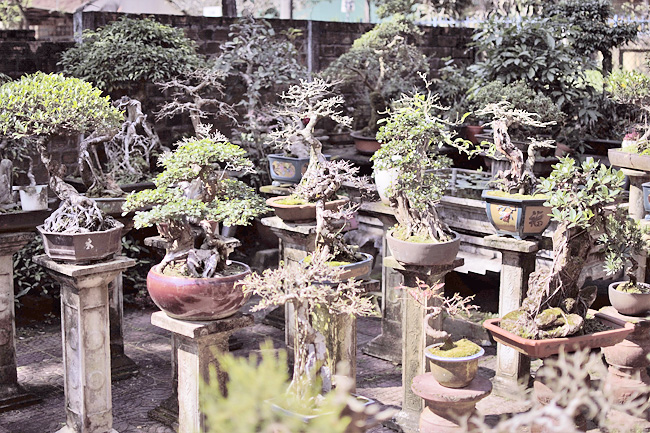 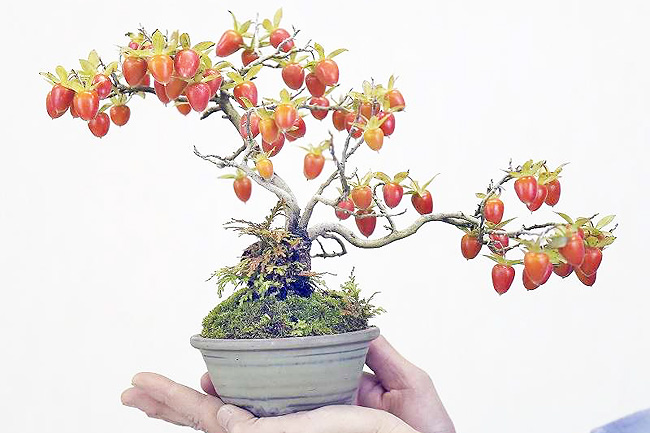 Uchida has a black pine that she curved at its base when it was young, and she has bent it further over the years. You can sense the life force of the tree as you gaze at it.

The zoki miscellaneous type comprises plants that are a pleasure to look at because they, for example, bear fruit and bloom, or their leaves change colour in autumn.

Royagaki (diamond-leaf persimmon) is an ornamental persimmon tree. Its orange-coloured berries are as small as a thumbnail. They grow in clusters and are quite cute.

“Zoki trees change in appearance throughout the year,” Uchida said. “Via (a living thing) in a small pot, you feel the passage of time.”

Bonsai differ from ordinary plants because they are pruned and trained to have a beautiful shape from early in their development, altering their natural growth.

Other notable points include the moss that grows at the base of the plant and the pot it is set in.

Mini-bonsai are sold at bonsai gardens and other places, starting at about JPY2,000. They are usually grown outdoors under the same conditions as in nature.

“The small plants can be placed on a balcony that gets sunshine, and you don’t have to think too hard about how to grow them,” Uchida said.

Trimming bonsai with tweezers when needles and leaves become discoloured builds attachment to the plant.

“If you have any questions, ask the bonsai garden where you purchased the plant,” Uchida said. “I want people to have fun with bonsai.”

An easier way to bring nature into your living space than having a small bonsai is to create a koke bokkuri, a pine cone with moss growing between its scales.

To make a koke bokkuri, first wash and thoroughly dry a pine cone. Fill the space between the scales with claylike soil called keto-tsuchi, and then attach moss clumps one by one to the soil using tweezers. Placing a small seedling with the moss makes for a cute arrangement.

Koke bokkuri are attracting attention recently as enthusiasts post images of their creations on social media.

“As it doesn’t have much space for holding soil, the plant tends to weaken. If that happens, put the pine cone in a pot, and it will revive,” Uchida said.