Middle school can be a battlefield

THE WASHINGTON POST – Ever since he had a baseball coach who tried to hide how much he wanted his team to win, Evan Pao has had a sense for when people aren’t quite telling the truth.

The 12-year-old has just moved with his mother and sister from California to the town of Haddington, Virginia, and he can tell if what people say matches what they’re feeling. It’s a useful skill when you’re coming into sixth grade near the end of the school year and don’t know anybody.

Evan has a lot to figure out, including a mystery concerning his father, but it’s his fellow students who take up most of his attention. He also tries to persuade his mother to get the family a dog.

With the help of his mother’s brother, a friendly boy named Max and a dog who seems to have no home, Evan slowly gets used to his new town. Through computer searches at the local library, he even finds a meaningful way to take part in his school’s Battlefield Day, which commemorates the Civil War, as well as his town’s discussion of the Confederate statue erected there more than a century ago.

As the only Asian American in his school, Evan brings out curiosity in some people and hostility in others. He hadn’t faced any of that in his old school. And when a classmate admits to shooting a bullet at his house, Evan, his mother, and his 15-year-old sister are shocked and upset. They wonder why the police aren’t taking the incident more seriously.

Although Evan can sense when someone is lying, it’s hard for him to see what the full truth is or why his classmate is acting like a bully.

Wendy Wan-Long Shang presents the book’s chapters from a variety of viewpoints, but Evan is central to the fast-paced story. He is thoughtful and likable, and his ability to see through insincerity will have you thinking about your own instincts. As eventful as The Secret Battle of Evan Pao is, it’s also a good reminder that everyone has inner battles that we can’t see or easily understand. 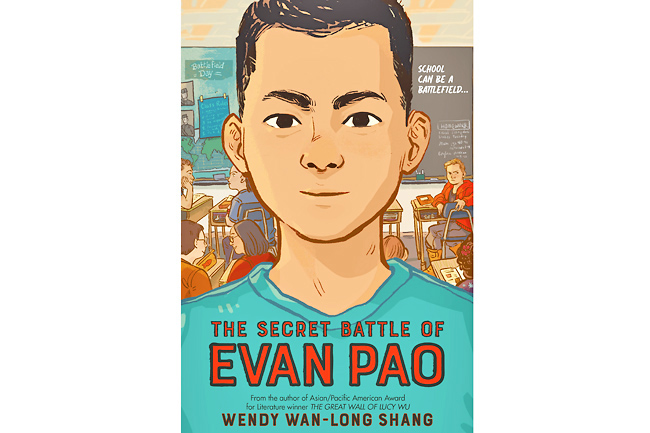