MARANELLO, ITALY (AP) – Mick Schumacher (CNA, pic below) is leaving Ferrari for another of the teams his father raced for.

Mercedes announced yesterday Schumacher will be its reserve driver for 2023 behind Lewis Hamilton and George Russell.

He had been racing in Formula One with Ferrari-powered Haas.

“I take this as a new start, and I am just excited and grateful to Toto (Wolff, Mercedes team principal) and everybody involved for putting their trust in me,” Schumacher said. “F1 is such a fascinating world, and you never stop learning, so I look forward to absorbing more knowledge and putting in all my efforts for the benefit of the Mercedes team.”

The move ends Schumacher’s four-year association with Ferrari, the team for which his father, Michael Schumacher, won five Formula One titles. 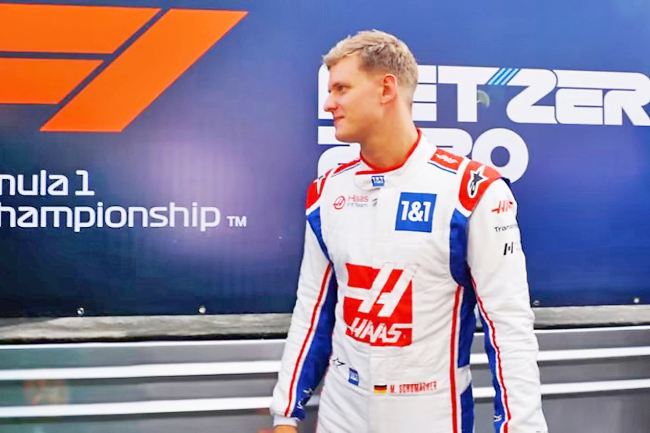 “Mick is a talented young driver and we’re delighted to have him join the team,” Wolff said.

“We also know that with two years of experience racing in Formula One under his belt, he will be ready to step into the car at short notice to replace either Lewis or George, should that need arise.”

“Scuderia Ferrari and Mick Schumacher have mutually decided not to extend their collaboration,” Ferrari said.

The 23-year-old Schumacher joined Ferrari’s young driver programme in 2019 and competed in Formula Two for two seasons with the Prema Racing team. He won three races and secured the 2020 title.

Mick Schumacher then made his Formula One debut with Haas and started 43 races but scored just 12 points. His top finishes came this year with sixth in the Austrian Grand Prix and eighth in the British GP. He was also Ferrari’s reserve driver.

“Scuderia Ferrari thanks Mick for these four years and the many kilometres covered together, and wishes him all the best for the future,” Ferrari said.