The movie is the third Christie adaptation to be directed by Branagh, who also stars as the iconic Belgian investigator Hercule Poirot. The first two adaptations were 2017’s Murder On The Orient Express, and Death On The Nile, which was released earlier this year.

Set to open in cinemas nationwide in 2023, A Haunting In Venice sees Poirot retired and living in self-imposed exile in post-World War II Venice.

On All Hallows’ Eve, Poirot reluctantly attends a séance at a decaying, haunted palazzo, but is soon called upon to exercise his little grey cells when one of the guests is murdered.

Yeoh has been highly sought after in Hollywood of late, thanks in part to her starring role in surprise cult hit Everything, Everywhere, All At Once, Marvel Studio’s Shang-Chi: The Legend Of The Ten Rings, and most recently part of the voice cast for Minions: The Rise of Gru.

She will also be starring in The Witcher: Blood Origin (a spin-off of Netflix’s hit fantasy series), Netflix gangster drama Brothers Sun, the Paul Feig-directed The School for Good And Evil, and James Cameron’s highly anticipated Avatar: The Way Of Water. 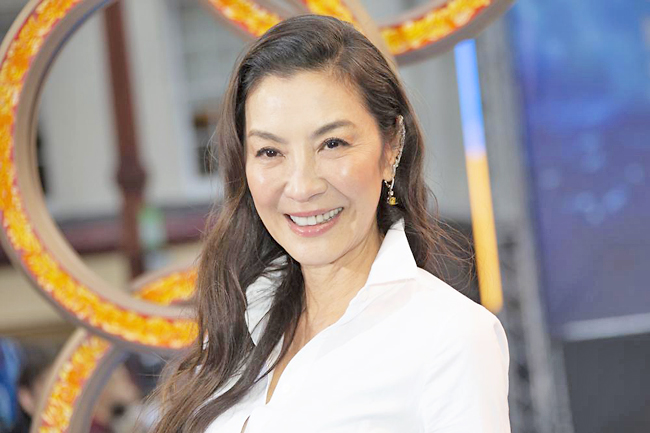