AYAHUALTEMPA, MEXICO (AFP) – Mexican children toting replica rifles march alongside armed members of a self-defence force who said they have been left to defend their village against drug traffickers all by themselves.

The inhabitants of Ayahualtempa in violence-plagued Guerrero state accuse the authorities of abandoning them to their fate despite past killings and kidnappings.

They blame a local gang called Los Ardillos which they said is seeking to muscle into their village of bean and maize (corn) farmers located in a major opium producing region.

At least nine locals have been murdered since 2019, but the residents complain that their pleas to the authorities have fallen on deaf ears.

“It’s been 15 months since the government came here and promised to support us. So far we haven’t seen any help,” said self-defence leader Bernardino Sanchez. 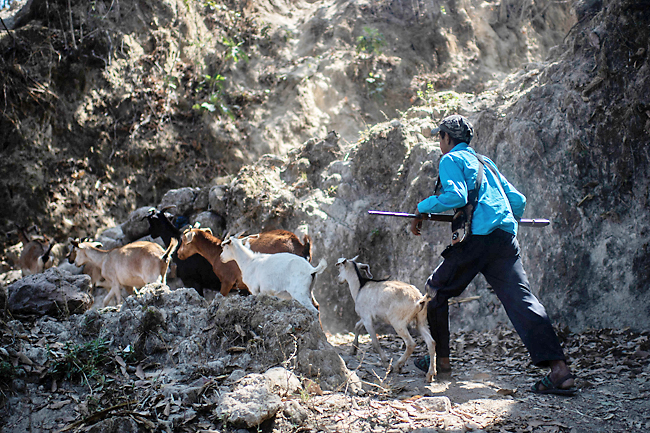 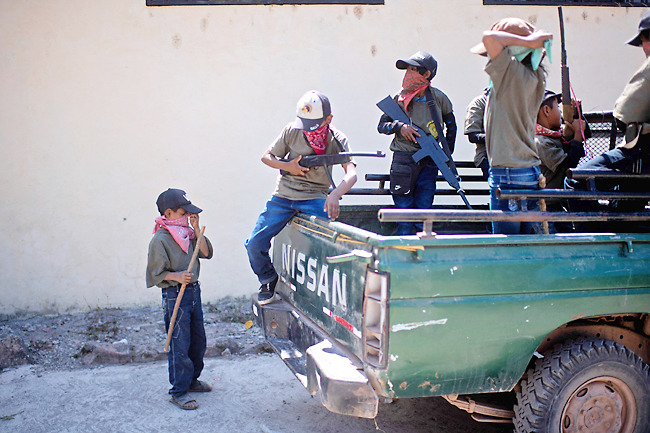 Chayo joined the community police force at the age of 15.

“Los Ardillos kidnapped my loved ones, and if you go out on the roads unarmed they kidnap you,” said the teenager, now 17, a rifle slung over his shoulder.

“If you go to school, they can abduct you. That’s why the children could no longer study,” he added.

Across Mexico, more than 300,000 people have been murdered in a wave of bloodshed since the government deployed the army to fight drug cartels in 2006.

Guerrero, located on Mexico’s southern Pacific coast, is one of the country’s most violent states because of gang wars over the trade in drugs such as opium and marijuana.

Despite being home to the major tourist resort of Acapulco, the mountainous region is one of the country’s poorest, with around two-thirds of residents living in poverty.

Gang-related violence has led to a proliferation of self-defence groups in Guerrero since the 1990s, and more recently in neighbouring Michoacan state.

In Ayahualtempa, around 30 children aged between six and 12 clutching replica rifles or wooden sticks marched behind Sanchez through the village after recent combat training in a sports centre.

Behind them are adult members of the self-defence group walked in single file brandishing rifles and pistols in front of the media.

A similar demonstration last year aimed at attracting the attention of Mexican President Andres Manuel Lopez Obrador was branded a “disgrace” by the leftist leader.

The villagers said it is a cry for help for the victims of violence and for more resources for education.

“We want the president to come and see the community,” Sanchez said.

Lopez Obrador blames violence and poverty in the country of 126 million people on rampant corruption under his predecessors.

He said that he is trying to solve the problem with investment in social programmes that exceeded USD14 billion in 2020.

Although Sanchez acknowledged that the demonstration involving children is a way to draw the attention of the authorities, he said that their training is real and necessary to defend against the gangs.

Luis, 13, now goes on patrol and helps his parents in the fields after giving up going to school.

“Our parents told us that we don’t have to study anymore because they (the criminals) were going to catch us,” he said.

“We have no other way out.”

While the self-defence group waits for the government to respond to its pleas and looks for more minors to enlist, Luis focusses on learning to “shoot well”.

Others prepare themselves mentally for whatever lies ahead.

“I’m willing to give my life for my people, for my family, if necessary,” said Chayo.